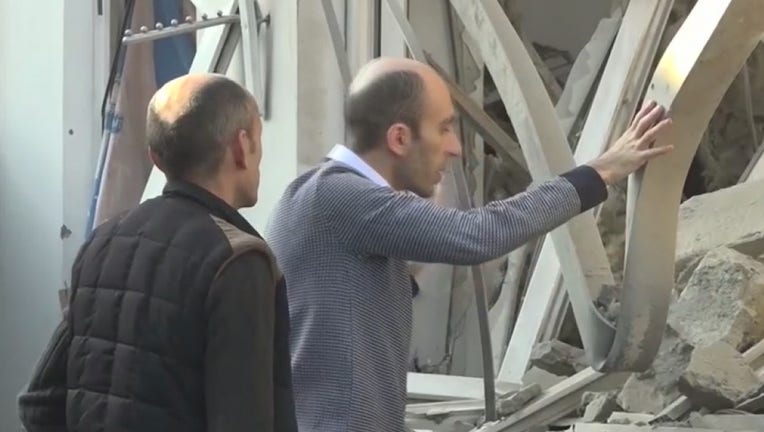 LOS ANGELES - Over a month and half of high anxiety in the local Armenian-American community, there is a respite after a trilateral deal was signed by Russia, Armenia and Azerbaijan.

Russian troops are on the ground now, but the local community is continuing to focus on how it can help the humanitarian crisis created by the war.

Among the many safety issues that need to be addressed are the remains of unexploded ordnances, like parts of cluster bombs and landmines.

The Halo Trust is a mine-clearing organization, helping communities rebuild after war. 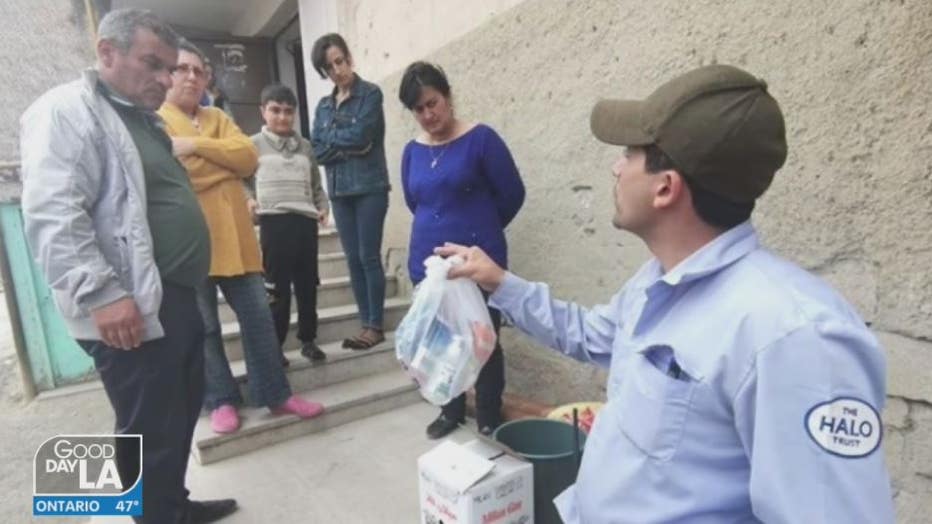 It works in 25 countries and Halo’s work in Nagorno-Karabakh (Artsakh) has been compounded by the recent war.

Months before her death in 1997, Princess Diana made news by walking through a minefield in Africa. The princess often leveraged her popularity to raise awareness about dozens of humanitarian concerns. Among her top issues were landmines, which kill or maim some 20,000 people each year globally.

"The campaign against landmines was one of her big causes in life. And she was instrumental in getting the world to pay attention to this issue and getting the mine ban convention drawn up, passed and signed by many countries," said Amasia Zargarian, Grants and Development Manager, Halo Trust.

The United Nations says 100,000 landmines were buried in Armenian soil in the region in the early 1990s.

The mine-clearing charity Halo Trust has been working there for more than two decades.
There are more landmine accidents per capita in this region than anywhere else in the world.

"A quarter of the victims in Karabakh over the years have been children, which is a shockingly high statistic. Children are especially prone to seeing something shiny and being curious and wanting to touch it and pick it up," said Zargarian.

Artak Berglaryan is the Human Rights Ombudsman of Artsakh. He has been very active on social media, updating the world on the dire situation. At age six while playing with friends, a landmine he thought was a toy exploded, leaving him blind.

According to the Halo Trust, the danger has multiplied astronomically as a result of how this recent war was fought.

"We are seeing cluster bombs, rockets and shells in cities and people's apartment buildings, on streets and towns and villages throughout Karabakh. And that's a completely new kind of danger for people to face. These bombs drop a ton of— dozens or hundreds of smaller little bombs — that you might've seen pictures of, that have these pink ribbons on them. And each one of these is an explosive item. Each one of these can kill or maim someone.  Also, very common type of accident over the years in Karabakh is farmers driving their tractors and hitting big landmines that were meant to stop tanks," said Zargarian.

During the 44 days of bombardments, Halo Trust continued its outreach. It locally hired and trained staff visited shelters to explain the dangers.

“So one of the things that we do also besides just, you know, going around blowing things up is going to every single school, at least once a year, and teaching the kids how to stay safe, what to do if you come across something, what number to call, who to turn to and reinforcing this message over and over and over, because it's very important to do that with kids,” said Zargarian.

When people return to the region the work to remove explosives will have to continue.

And now following in Princess Diana’s footsteps is her son Prince Harry.

To give you an idea of how much work lies ahead, in 2008, when Georgia and Russia fought a five-day war with similar types of munitions, it took Halo Trust over a year to clear.