WESTLAKE VILLAGE - Authorities are looking for four suspects wanted in connection with a grand theft at Costco in Westlake Village. 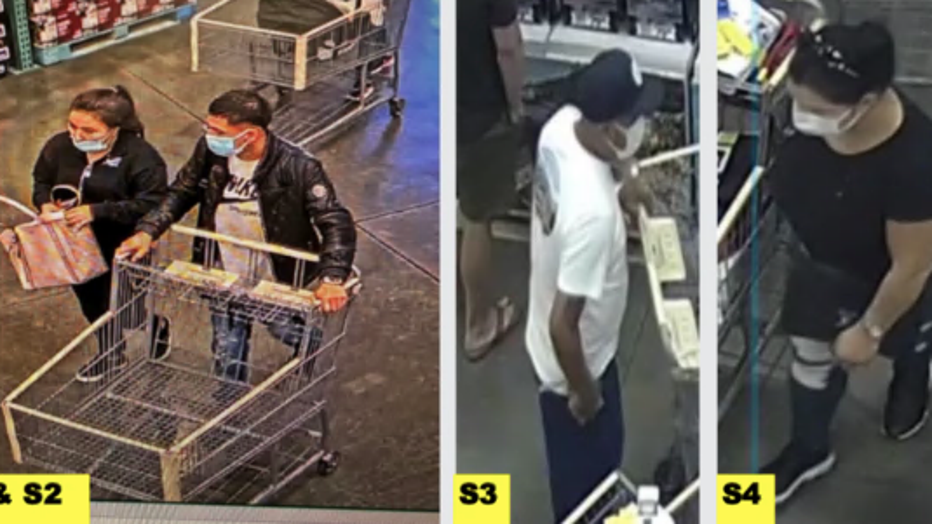 According to officials, it happened on March 24 when the pictured suspects followed the victim to the clothing section of Costco. That's when two suspects began to distract her as another suspect reached into her purse and stole her cell phone, handing it to another suspect.

The victim reported to police her debit card information stored on her cell phone was used shortly afterward at a Best Buy in Thousand Oaks.