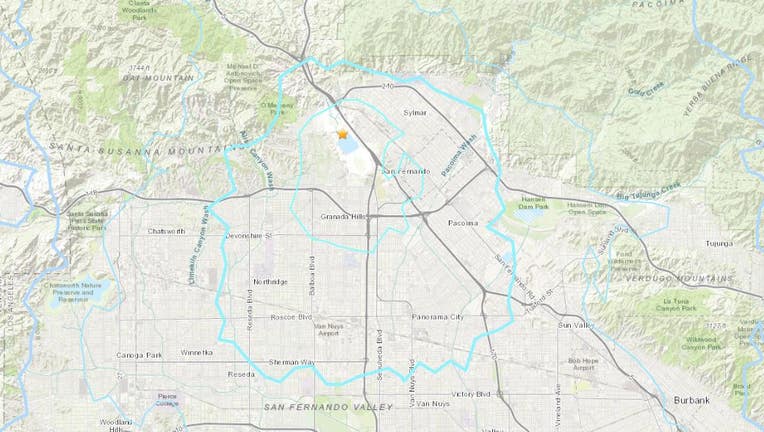 LOS ANGELES - Firefighters and police officers fanned out across Los Angeles Wednesday morning after an earthquake with a preliminary magnitude of 3.6 struck two miles northeast of the Granada Hills area, but no major infrastructure damage was reported.

The quake was reported at 11:41 p.m. Tuesday, according to the Caltech Seismological Laboratory.

As of 12:45 a.m., "LAFD has concluded the systematic survey of the City of Los Angeles by ground and air, and is pleased to report that no major infrastructure damage was noted by our personnel in the City of Los Angeles, and that there has been no loss of life or serious injury that we can directly attribute to the earthquake," Prange said.