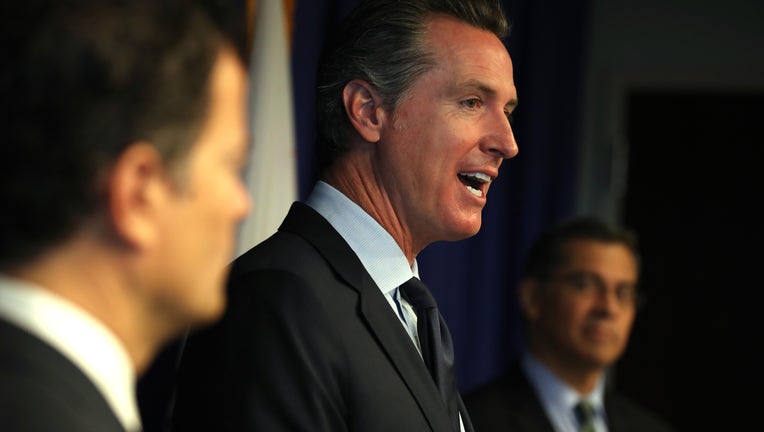 LOS ANGELES - Governor Gavin Newsom on Saturday night authorized assistance after a request from the city and county of Los Angeles, and proclaimed a state of emergency in Los Angeles County.

You can read the entire proclamation here:

California approved the city and county’s request to deploy members of the National Guard to assist Los Angeles and neighboring communities.

Earlier on Saturday, Los Angeles Mayor Eric Garcetti asked for the National Guard to be sent into the nation's second-largest city as protesters torched police cars and vandalized and burglarized stores while clashing with lines of officers. Garcetti made the request less than an hour after he expanded a curfew, first set for downtown, to the entire city, from 8 p.m. Saturday to 5:30 a.m. Sunday.