From hardships to acceptance to Harvard: Santa Ana student shares her inspirational journey

The SoCal teen has worked hard toward this goal for years. Getting here, however, wasn’t simple.

SANTA ANA, Calif. - A Santa Ana high school student has been accepted to Harvard University. You may have seen the viral video of her family’s exciting reaction to the big news.

17-year-old Cielo Echegoyen has worked hard toward this goal for years… but getting here wasn’t simple. 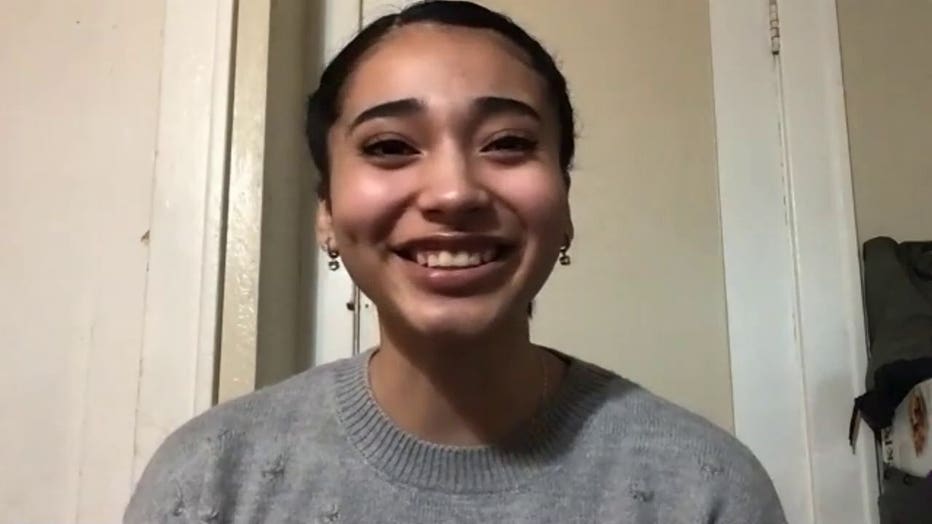 "I genuinely feel like being accepted to Harvard is what walking on clouds feels like. It’s just absolutely magical," Echegoyen said.

She’s the daughter of two immigrants and has faced countless hardships throughout her childhood. ICE detained her father and she lost her grandmother to cancer. That’s why she wants to be an oncologist.

The obstacles didn’t stop there but luckily, her teachers were willing to step in with support.

"Especially during the pandemic, I relied on my teachers for rent. My teachers were just the most thoughtful in saying, ‘You know, if you need help, we’ll send you guys Christmas presents. We’ll help with this month’s rent. Here’s some food or here’s just anything that you need,’" Echegoyen said.

"It’s really important to us to remove barriers for any student who wishes to accomplish whatever they want to accomplish," Santa Ana HS Assistant Principal Jennifer Huynh said.

When she was in 6th grade, a little boy in her English class told her she couldn’t be President because she’s a girl. The remark made her so mad; she went home and googled the address to the White House.

She wrote President Obama and letter and eventually he wrote back.

"He was like, ‘Hey, tell this boy that girls are capable of doing anything and I’d be so happy if you continued to focus on school.’ And he signed it, ‘Your friend Barack Obama,’ And I was like, ‘Oh my god, Barack Obama is my friend," Echegoyen said.

She followed Obama’s advice and it all worked out. As a proud Latin-American girl, she says she wants to be an inspiration to anyone else in her community going through hard times.

"Even though there are moments that it feels overwhelming and that it’s too much of a weight to deal with, there will definitely be another day and you’ll wake up. You’ll feel better and you just move forward," Echegoyen said.