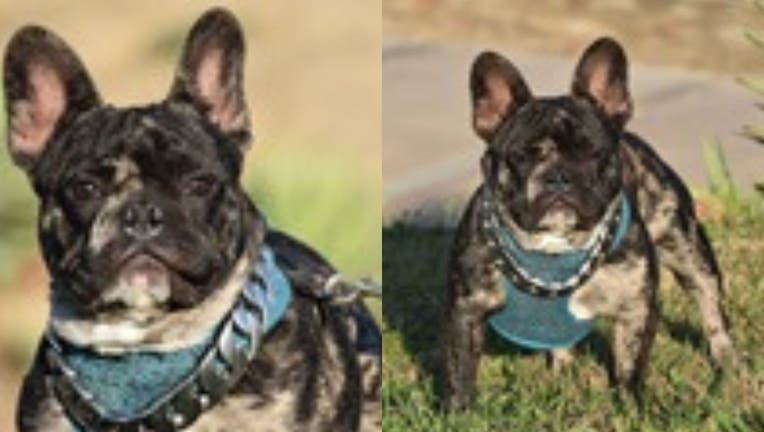 A French bulldog was allegedly stolen by a person riding a skateboard in the Wilmington area, according to the dog's owner. (FOX 11)

LOS ANGELES - A woman is searching for her French bulldog after it was allegedly stolen by a person riding a skateboard in the Wilmington area.

According to the Los Angeles Police Department, the owner let the French bulldog "King" out into the front yard in the 700 block of C Street in Wilmington on April 27. When the owner went out to check on her dog, King was missing.

She checked her security cameras and saw a man reaching over her fence, grabbing King and walking away.

Within 24 hours, LAPD said they were able to find and arrest the suspect, but the suspect told police he had already sold King to an unknowing buyer for $20.

The owner is hoping the person who bought King at a hardware store parking lot would return the French bulldog to her.