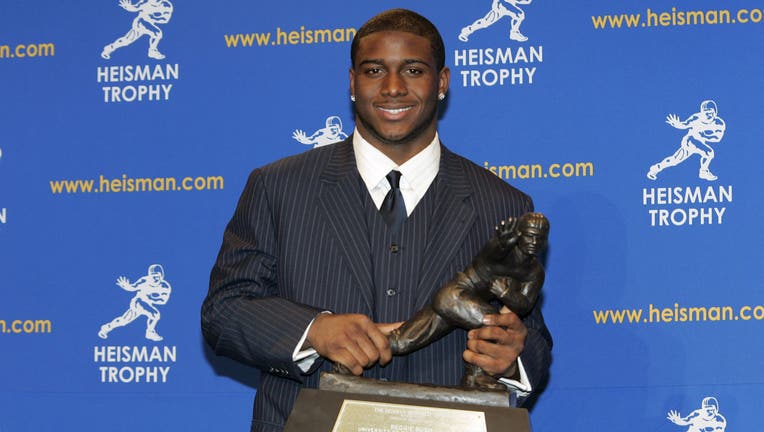 LOS ANGELES - Former University of Southern California running back Reggie Bush has released a statement seeking to have his Heisman Trophy returned and collegiate statistics reinstated on the heels of the NCAA announcement that college athletes can now be compensated for the use of their name, image and likeness.

Bush issued a statement Thursday, saying in part, "It is my strong belief that I won the Heisman trophy ‘solely’ due to my hard work and dedication on the football field and it is also my firm belief that my records should be reinstated."

Bush gave up his Heisman in 2010, becoming the first winner in the awards long history to do that. That happened after the NCAA stripped the Trojans of their 2004 national title along with vacating 14 victories from 2004 and ’05 after an investigation determined Bush had received improper benefits.

The investigation determined that while he was a student-athlete, Bush accepted cash, travel expenses and a home in the San Diego area where his parents lived rent-free for more than a year and were provided $10,000 to furnish.

Bush added that he and his team have contacted the Heisman Trust and NCAA on multiple occasions without any progress.

"We left multiple messages for Michael Comerford, the President of the Heisman Trust, but instead received a call from Rob Whalen, the Executive Director, who stated that Mr. Comerford would not be calling us back and that, in any event, they could not help us," Bush said.

Former Heisman winners Matt Leinart, Mark Ingram and Johnny Manziel voiced their support on social media for Bush to get his Heisman returned. Leinart also starred at USC and is part of the Fox Sports College Football studio show along with Bush.