Southern California quarterback Caleb Williams is the AP college football player of the year, becoming the school’s first winner of the award since 2005.

USC had its College Football Playoff hopes dashed after falling flat against Utah in the Pac-12 title game.

USC is hoping to be the first Pac-12 school to make the CFP since Washington punched a ticket to the final four in 2017.

As USC looks to punch a ticket to the College Football Playoff, the playoff committee is giving out grants to special teachers in the community.

As USC looks to punch a ticket to the College Football Playoff, the playoff committee is giving out grants to the champions in our community.

USC ranked fourth in the latest College Football Playoff rankings ahead of its Pac-12 Championship matchup against Utah.

The Trojans take home the Shillelagh, taking down the Fighting Irish for the first time since 2016. Their next stop is Las Vegas for the Pac-12 Championship.

The filing states that her alleged stalker started to harass her on social media in 2020 when she was 17-years-old and he was 30.

Natalia Bryant, the 19-year-old daughter of late basketball legend Kobe Bryant, has filed a restraining order in Los Angeles against an alleged stalker, according to court records. 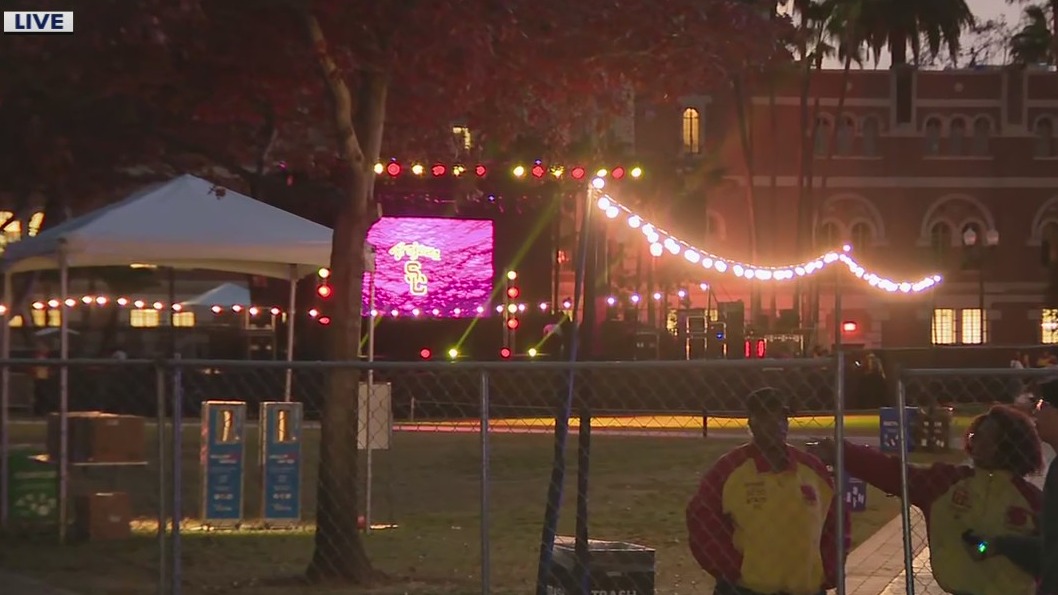 A local Marine is facing one of his biggest battles.

Fans attending the MLS Cup won't be able to park at the Banc of California Stadium on Saturday. Here are some alternatives.

Los Angeles mayoral candidate Karen Bass and attorney Gloria Allred are calling on Rick Caruso to "take accountability" and "come clean" in regard to his role in the George Tyndall / USC sexual abuse scandal.

This comes in the wake of LA Times' bombshell report discussing Rick Caruso testifying and answering questions on what USC knew about Tyndall back in late 2020. At that time, Caruso was a chair of USC's governing board and was summoned to a deposition in connection to the Tyndall case