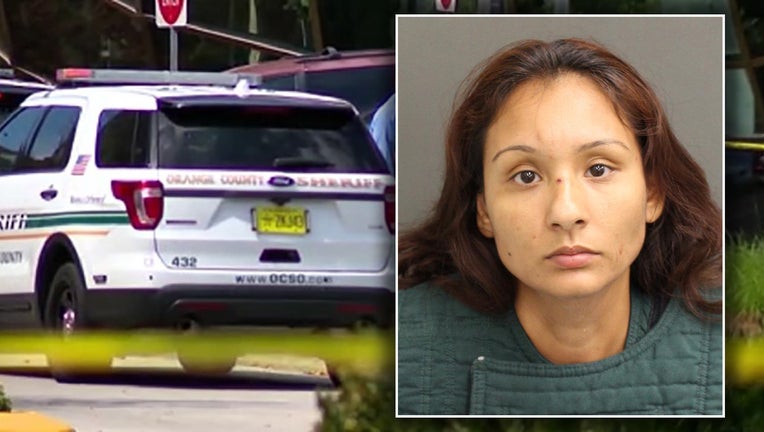 ORLANDO, Fla. (FOX 35 WOFL) - A mother who admitted to detectives that she killed her daughter said that she did so because she wanted to prevent her daughter from having sexual relations with men.

On Sunday, 28-year-old Rosa Alcides Rivera arrived at the Winnie Palmer Hospital in Orlando at 10:51 a.m. with her 11-year-old deceased in the front passenger seat. Security and hospital personnel went to assist Rivera when, according to the arrest affidivat, they found the victim.

Security detained Rivera when they observed a knife in her hand with a red substance on it that was consisent with blood, police reported. Rivera had a large but superficial cut on her left arm. When asked if she had more injuries, she said that she had killed her daughter and that "my baby is gone."

The 11-year-old girl, Aleyda Rivera, was found with 15 stab wounds on or near her back. She also had a defensive wound on her right arm.

A responding officer soon arrived and arrested Rivera. Police, according to the arrest affidavit, determined that the incident occurred at a residence on Citadel Drive. Earlier that morning, Rivera started pounding on their door and accused her mother's boyfriend of having a sexual relationship with her daughter.

Her daughter, however, denied having a sexual relationship with him, police reported. They also reported that Rivera never actually witnessed her daughter having sex or ever heard her daughter state that she was having sex.

While being interviewed by detectives, Rivera reportedly said that a man named David 'Gump' Harris stabbed her daughter and fled on foot. However, after being confronted with witness testimony, police said that Rivera admitted to killing her daughter to prevent her from having sexual relationships with men. She said that she believed her daughter was having sex with men because she smiled 'different.'

Based on the findings, police said that Aleyda's death was caused by the criminal act of Rosa Rivera. They believed that probable cause existed to charge Rosa River with First Degree Murder and she was transported to the Orange County Jail.