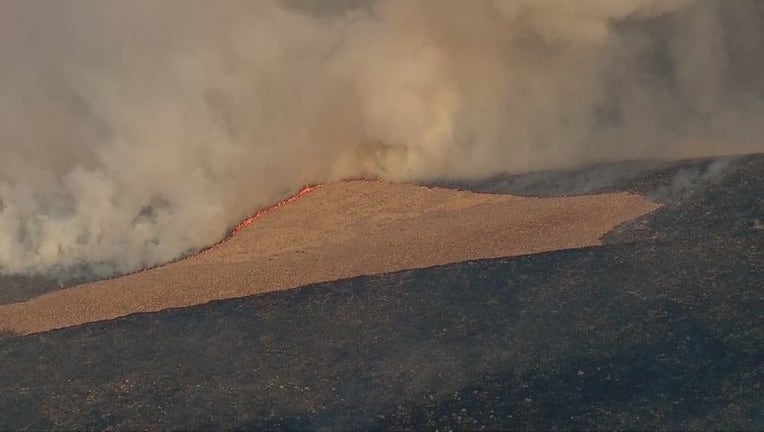 The first-alarm "Posey Fire," sparked along the northbound 5 Freeway, according to the Los Angeles County Fire Department.

The Hungry Fire was reported about 3:30 p.m. in the 36000 block of Quail Canyon Road, just north of the initial fire and near Hungry Valley State Recreation Area. Air resources were diverted from the first brush fire to the second.

According to the National Weather Service, firefighters were up against gusty winds in the area.

No structures were threatened by the fires.