Fed up with LA crime, neighbors take action into their own hands

Unfazed by security cameras, a security gate and security guard, brazen criminals strike over and over again. Many people have had enough of it.

LOS ANGELES - Michael says he's had enough of the crime in his Playa Del Rey neighborhood. He says he's moving his family to Texas.

"The number of instances that have happened in the year and a half that I’ve lived here has been in the half dozen range, and I’m tired of it," he said. "I’m tired of losing our property."

Unfazed by security cameras, a security gate and a security guard, brazen criminals have struck a secure Playa del Rey condo complex over and over again.

The latest robbery was Michael's last straw. His elderly neighbor's car was stolen out of her locked garage last week. But 12 hours later, another neighbor spotted her car about a mile down the road at the homeless RV encampment on Jefferson Boulevard. 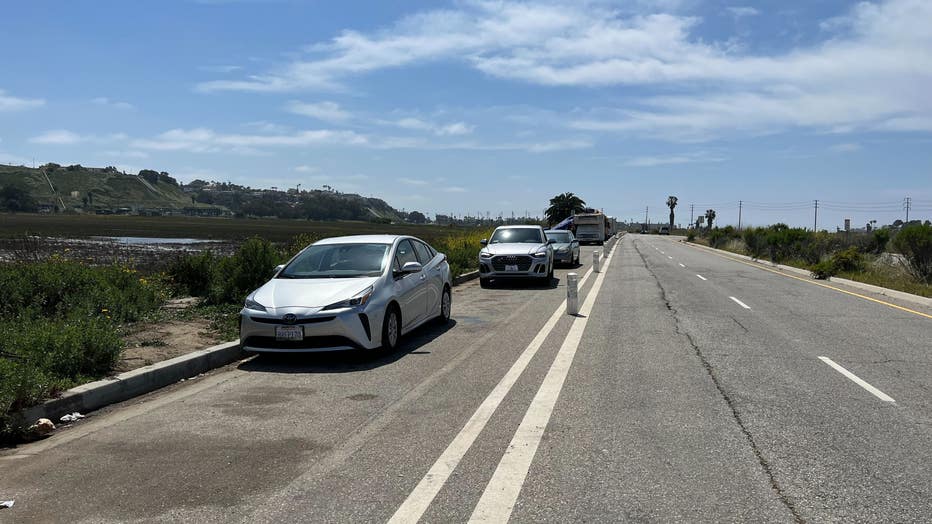 Michael and his neighbor Josh grabbed the Prius' spare key and jumped in another car on a mission to get it back.

"[I] tried to figure out how to start a Prius because I've never driven a Prius before and simply put it in gear and drove off," Michael said.

"It was nice to get the car back for the owner," Josh said. "Win one for the good guys."

In the past few months, thieves have stolen several bikes pad-locked in the same secure garage. Michael’s Tesla alerted him of one intruder, and when he wouldn’t surrender, he tackled the bad guy. The thief came back the next two days for more, this time, spray-painting the security cameras.

He also stole Josh’s e-bikes, but they had Apple AirTags on them. Josh tracked one down to Marina del Rey, the other to the same homeless encampment by the Ballona Wetlands.

"I tracked it to that encampment, called the cops, they came and helped me retrieve it," Josh said. "It was being dis-assembled as walked up at a bike chop shop."

The city of Los Angeles paused the towing of illegally parked RVs during the COVID-19 pandemic, but that moratorium will expire on May 15. But the repeat crime is why Michael says he's leaving.

RELATED: LA enforcement returns in May for people living in vehicles