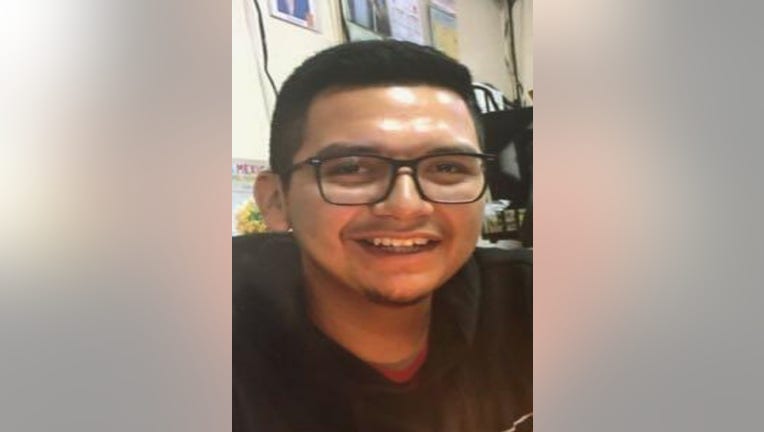 LOS ANGELES - The family and friends of a missing 21-year-old South Los Angeles man are asking for the public's help finding him, the Los Angeles Police Department said Sunday.

According to his mother, Juan Carlos Hernandez was last seen leaving work on September 22, near the 8100 block of Western Ave. At the time, he was wearing a gray hoodie, light-colored shorts, long black socks and dark Vans sneakers.

He hasn’t been seen since and his family is concerned, LAPD said in a press release.

Anyone who may have seen Hernandez or have any information regarding his whereabouts was asked to contact the LAPD, Missing Persons Unit, at 213-996-1800. During non-business hours or on weekends, calls should be directed to 1-877-LAPD-24-7.