Woman arrested after driving into a crowd of protesters

YORBA LINDA, Calif. - A 40-year-old Long Beach woman was arrested after police say she drove her car into a crowd of people attending a Black Lives Matter protest in Yorba Linda.

The BLM protest against police violence and systemic racism began around 2 p.m. Saturday on Imperial Highway and was interrupted by by counter-protesters, who waved American flags and held pro-Trump signs.

Tatiana Turner, a protestor believed to be associated with the so-called "Caravan of Justice,'' was exiting the Yorba Linda Public Library parking lot during the protest when she allegedly drove her compact car through an intersection and struck a man and woman, according to Orange County
Sheriff's Department PIO Carrie Braun.

"The man suffered two broken legs and the woman had major injuries,'' sheriff's Sgt. Dennis Breckner said. "Both were transported to a hospital for treatment of their injuries.''

Breckner initially identified the man as a fellow Black Lives Matter demonstrator, but Braun said the department is no longer sure if that was the case, saying he might have been a counter-protestor. 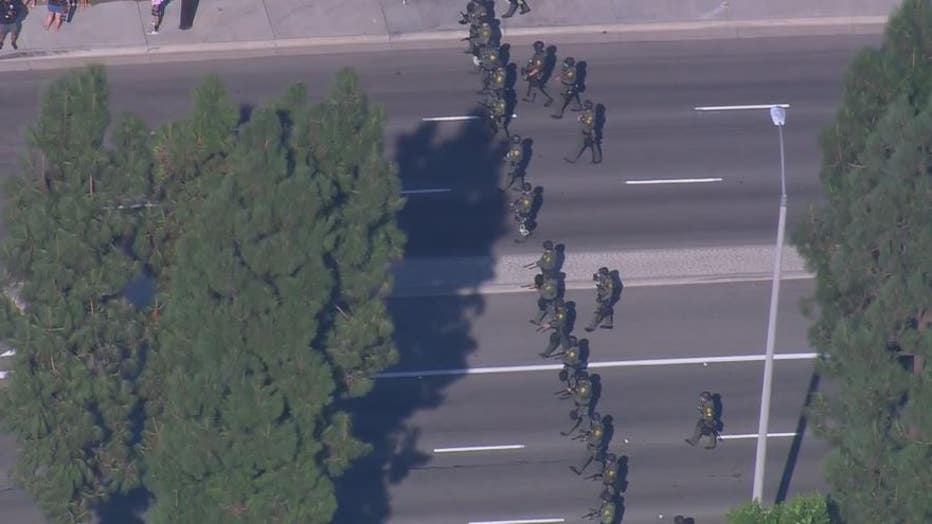 The sheriff's department declared the demonstration an unlawful assembly about 2:40 p.m. and ordered everyone to leave the area.

Turner was arrested for suspicion of attempted murder and assault with a deadly weapon.

She is being held on $1 million bail and scheduled to head to court on Sept. 29, according to Orange County jail records.

In addition to that incident, multiple fights broke out between Pro-Trump supporters and Black Lives Matter protesters. 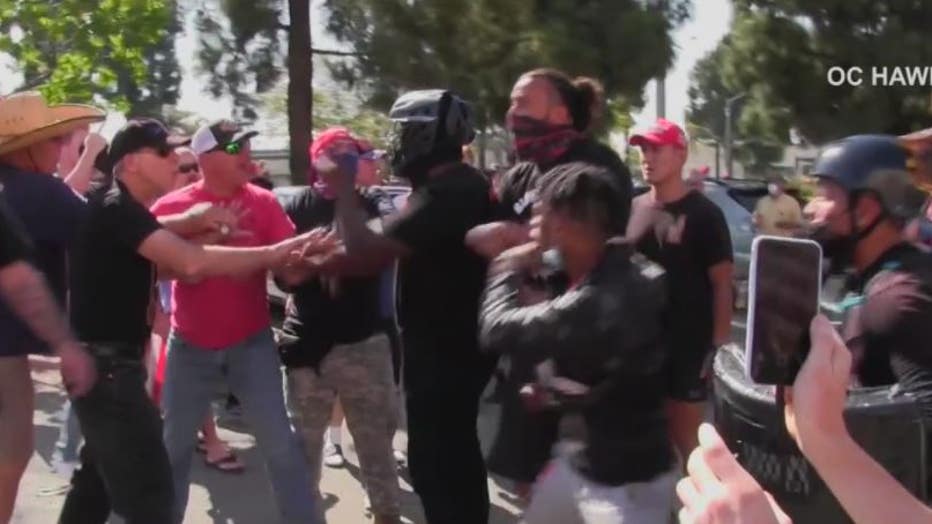 Jason Mancuso, 46, of Anaheim, was arrested and jailed for refusing to leave after the unlawful assembly was declared, Braun said.

He has a scheduled court date of October 26, according to jail records.

A total of 250 protesters converged at the scene, Breckner estimated, adding everyone eventually left and roads were reopened.