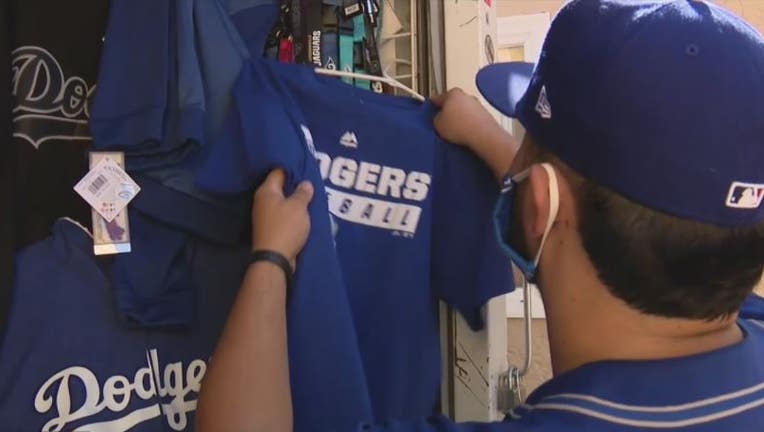 LOS ANGELES - The Los Angeles Dodgers will try to avoid elimination Friday when they face the Atlanta Braves in Game 5 of the National League Championship Series.

But win or lose, the Parra family is of course still going to love the Boys in Blue.

"They've been my favorite team since I was born," Eric Parra said. 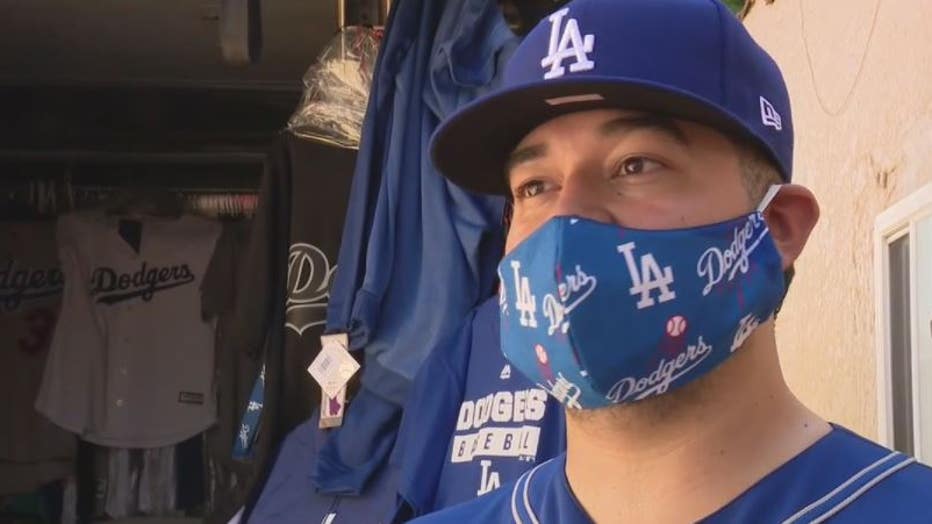 ''I was born in ‘88 the last time they won, she (holding her daughter) was born this year so maybe she's a good luck charm,” Carolina told FOX 11’s Phil Shuman.

RELATED: Braves 1 win from World Series after 10-2 victory over Dodgers in NLCS

The Dodgers will need some luck trying to win 3 straight to get back to the World Series. It's difficult but not impossible. The Parra's also have more than a fans interest... they also have a long time Dodgers merchandise business, selling discounted but authentic licensed Dodgers gear out of a truck they park at Ramon Garcia Rec Center in Boyle Heights every Saturday and Sunday. 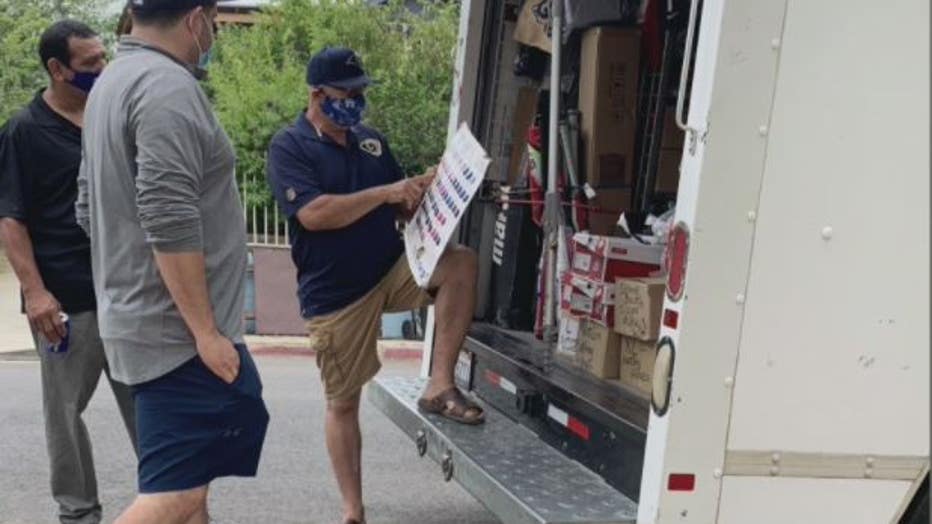 Need a team cap, a jacket, even a new branded face mask, they have it.  As Eric put it, ‘’we live and die with them.... they lose I lose, they win I win. From a business standpoint they‘ve been really good for couple years now."

The Parras and the rest of the fans in SoCal are hoping for good news tonight. Dustin May… we're counting on you.