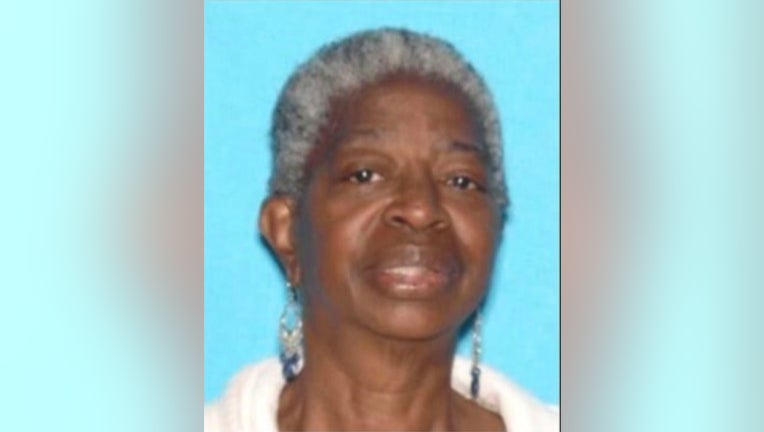 RIVERSIDE COUNTY, Calif. - A family is seeking the public’s help and are hoping to find their at-risk loved one who has been missing for six days, police said.

The family told FOX 11 they have become "scared and feel hopeless." She is considered at-risk due to her early dementia diagnosis.

Karen Ann Winteringham was last seen on the morning of Aug. 4 near Mehaffey Street and Chambers Avenue, the Menifee Police Department said.

Family members told the department Winteringham often walks to the Cherry Hills Plaza on Sun City Boulevard, Menifee, and in the surrounding areas.

The 66-year-old was described as a Black woman who is five feet six inches tall, approximately 100 pounds, with brown eyes and grey hair.