LUCERNE VALLEY, Calif. - A couple hiding in an attic of a Lucerne Valley home was arrested Saturday, after San Bernardino County Sheriff's allegedly found a cannabis oil lab, fake weapons and police gear in their home.

Bobby Bohannon, 35, and Kayden Cotter, 19, were arrested after an hours-long standoff with police Saturday. 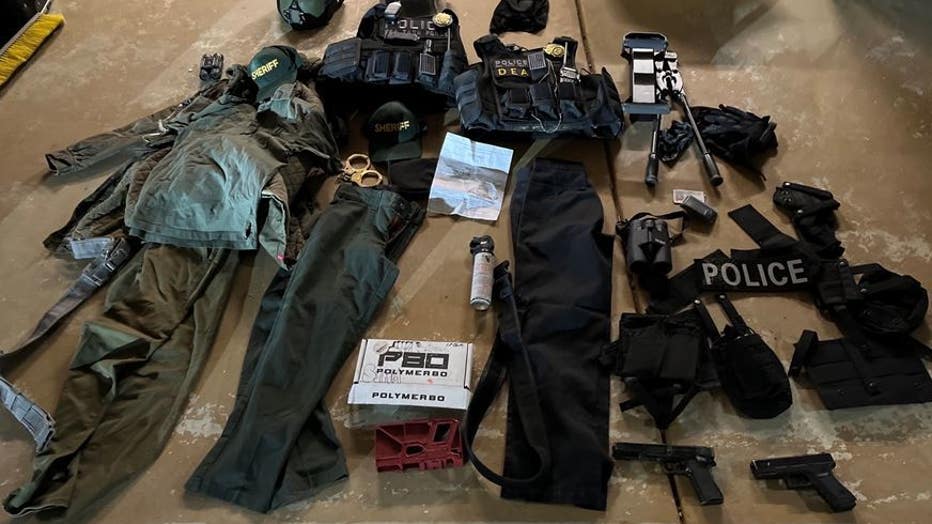 After the standoff, deputies searched the home and allegedly found a butane honey oil lab, along with several fake guns, bullets, body armor, ballistic helmets and even fake search warrants. According to a photo provided by the Sheriff's Department, some of the equipment recovered had markings that said "police," "sheriff," or "DEA."

According to deputies, Bohannon's car was allegedly wired with red and blue flashing lights.

The couple was booked at High Desert Detention Center in Adelanto. Cotter is being held on $100,000 bail, Bohannon is being held without bail.