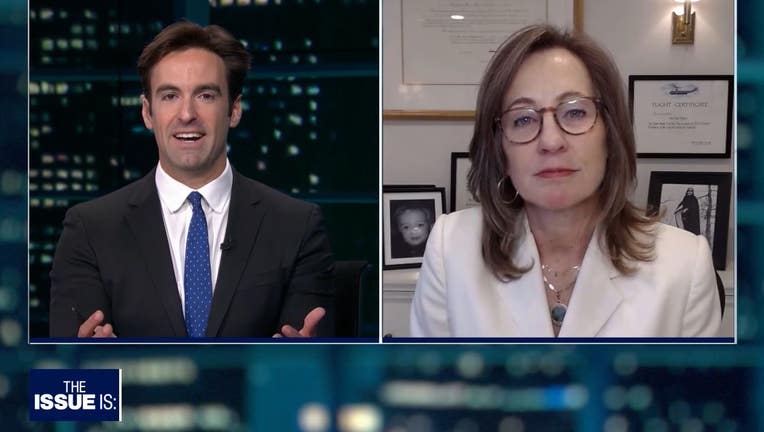 "Just this weekend we’re seeing 13 counties move into less restrictive tiers, including Los Angeles, where I am," Myers said. "That is really exciting, and means that our businesses can start to reopen, safely, and with health in mind, in top of mind."

"That will be very good for workers as we go back to work, it will be good for all of us to be able to go back to something that looks a little more like normal life in the coming weeks," Myers, who once served as President Bill Clinton’s Press Secretary, and now leads the Governor’s Office of Business and Economic Development, continued.

These shifts towards a reopened California come as the coronavirus statistics in the state continue to move in the right direction, Myers highlighting that caseloads have fallen from roughly 53,000 to 4,000 a day, that positivity rates have fallen from 14% to 2.2%, that hospitalizations are down more than 80%, and that vaccination rates are up, especially in underserved communities.

With those numbers in mind, this week, California saw a number of counties move to less restrictive tiers in the state’s four tier reopening plan.

As of this week, only 21 counties housing 14 million residents remain in the state’s most restrictive tier. Those counties, under the newly revised guidelines, are experiencing more than 10 new daily cases per 100,000 residents and a test positivity rate above 8.0%

Once counties fall below those numbers, they can begin to move through the less restrictive red (substantial spread), orange (moderate spread), and yellow (minimal spread) tiers.

Earlier this week, given the fact counties continue to experience restrictions even in the least restrictive yellow tier, Michaelson asked the Governor when Californians can expect to reach a so-called "green" tier and fully reopen to pre-pandemic levels.

Newsom responded that the state was actively working on the new tier, noting that "as we get to 10, 15, 20 million vaccinations, get closer, closer to herd immunity, then we will start to make it clear that these tiers were temporary."

"[The current tier system] is a planned obsolescence, we want this tier system to go away," she said, "but in the meantime, there are some flashing caution signs out there with these variants, and we want to make sure that we open carefully, that we open safely, and that we never have to go backwards, we don’t want to ever have to see Los Angeles County go from red back into purple, or another county move from orange into red."

"At some point the economy will be able to fully reopen, we’re not ready to say yet when that is," Myers continued, stressing that California will move forward cautiously, using science and the need to keep people safe as their "North Star."

Citing Dr. Anthony Fauci, Myers noted that exactly what a "green" tier looks like is still being determined, whether or not it will feature continued mask-wearing, or if some lesser restrictions are advised in order to maintain safety.

In a wide-ranging interview on The Issue Is, Myers also discussed the Golden State Stimulus Plan, what she learned as Bill Clinton’s Press Secretary, and her experience serving as a consultant, and character inspiration, on the political drama The West Wing.