LOS ANGELES - As part of newly-elected Los Angeles District Attorney George Gascón’s reforms, FOX 11 has confirmed his office is seeking to dismiss all special circumstance allegations and enhancements against a Utah man accused of a double murder, including the shooting death of a Los Angeles County deputy at a fast-food restaurant in Alhambra last year.

If a judge signs off on the dismissals, the suspected double murderer could be eligible for parole in the future, if convicted.

In June 2019, police say Rhett Nelson shot LASD deputy Joseph Gilbert Solano in the back of the head while he was waiting in line at an Alhambra Jack in the Box while off-duty. 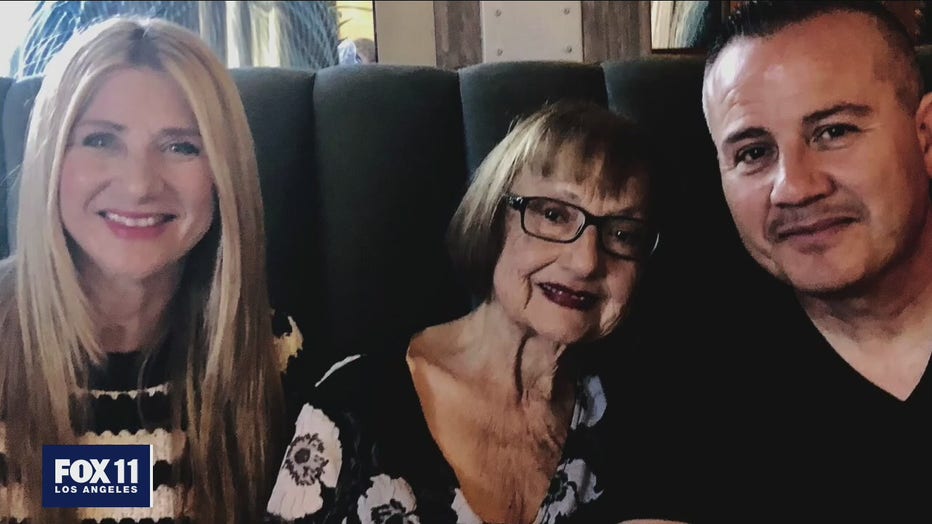 "I question why this happened to him every single day," she said. "I miss him every day. After he passed away, six months later, I had to bury my mom, and so I lost a dad, a brother and I lost my mom all in one year and the hardest part is losing Joey because at least I knew he would still be here today, and now all my family is gone."

Nelson was arrested and charged with two counts of murder, one count of attempted murder, and multiple counts of second-degree robbery.

FOX 11 confirmed that Gascón’s office is seeking to dismiss all gun enhancements and special circumstances of multiple murders against Nelson. If a judge signs off on the dismissals, life without parole would be off the table for Nelson if he were to be convicted, and he could potentially be released from prison at some point in the future.

Solano says she was horrified when she found out.

"Completely in shock, I can’t even tell you, my heart just dropped, I couldn’t believe it," she said. "He should be there for the families, we are the victims here, not this person who shot him. I don’t understand what his purpose is to let these murderers out of jail, I don’t get it, he’s like the Devil, I don’t understand it."

In a statement about this case, a representative from Gascón’s transition team tells FOX 11:

"The defendant is facing a sentence of 40 years to life in prison, but there is no sentence that can undo the harm caused in this case. If convicted, there is a possibility that decades from now, the parole board could determine he’s been rehabilitated. Such a determination, many years from now, would ultimately be a reflection of a system and the public alike weighing their continued interest in incarcerating a man who no longer poses a threat to society at an extraordinary taxpayer cost. Eliminating that remote possibility today may not be in the public’s interest decades from now."

But Solano tells FOX 11, she doesn’t care what rationale Gascon’s office wants to use, she says he needs to remember who the real victims are.

"He’s never come to me, never talked to me about my family, my brother, he should be there for us, not these crazy people in jail," she said. "It’s disgusting, and he’s disgusting."

A judge will make a final decision on whether or not the enhancements will be dismissed at a pre-trial hearing on January 11, 2021.