Los Angeles is hoping to enter a healing process as the City Hall put itself at the center of a major scandal.

The president pro tempore is second in command of the City Council. Price was interested in seeking the council presidency after Nury Martinez resigned last week for her involvement in the City Hall racism scandal, but the council voted 10-0 for Krekorian earlier this week. 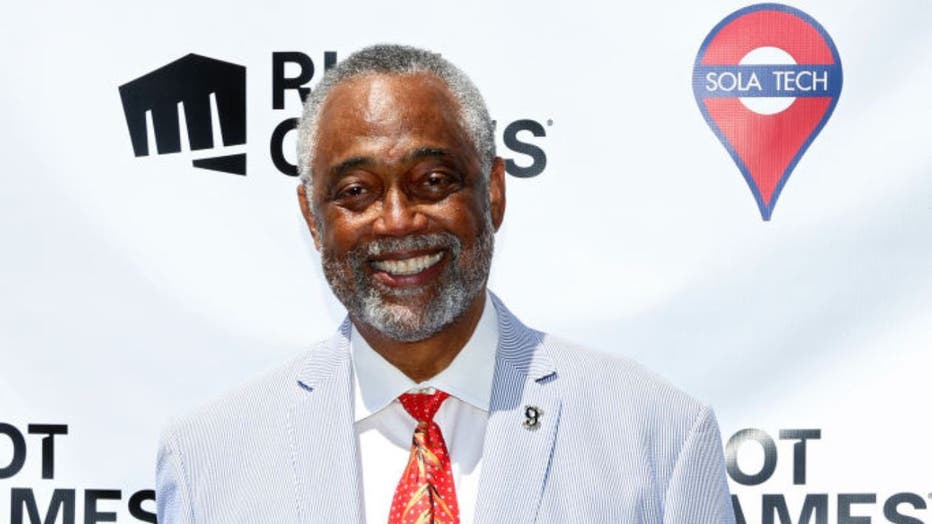 "Whether any of us sit in this chair or around the horseshoe, we are all public servants," O'Farrell said while chairing Friday's virtual council meeting from the chamber. "Both Paul and Curren are dedicated and very capable leaders. Since Paul was the council's unanimous choice for president, I feel it's important that Curren have the opportunity to serve as pro tem. He'll do a terrific job."

O'Farrell and Krekorian introduced a motion Friday formally nominating Price for the role. O'Farrell has served as president pro tempore since fall 2021.

Price, in a statement to City News Service, said that he was deeply humbled by the nomination.

"Coalition building is the hallmark of my leadership style," Price said. "As a Black council member representing a majority Latino district, I have been embraced by a diverse cross section of constituents."

Friday marks Day 7 of the campout.

"Over the years, this City Council has come together as one body with one goal: to lift people up and leave no one behind and we will continue to do so because it is simply the right thing to do. In the name of justice, equity and inclusion."

Price, 71, has been on the council since 2013 and is in his third term representing the 9th District. He chairs the Economic Development and Jobs Committee.

Price has served in both the California State Assembly and Senate, with stints chairing the Assembly's Committee on Elections and Redistricting and Committee on Governmental Organization, and the Senate's Business and Professions Committee. He also was chair of the California Legislative Black Caucus in 2010.

Prior to beginning his political career on the Inglewood City Council in 1993, Price was a small business owner and a consultant with the Small Business Administration.

Krekorian will be immediately tasked with leading the council through a turbulent stretch, with Councilmen Kevin de León and Gil Cedillo facing intense calls to resign for their involvement in a recorded conversation that included racist comments.

In his opening remarks after being elected council president on Tuesday, Krekorian stressed collaboration in a likely attempt to contrast with Martinez's efforts on the leaked tape to work behind the scenes to consolidate power during redistricting, as well as comments she made insulting her colleagues.

"The presidency will be a collective enterprise," Krekorian said. "It is critically important to me that our leadership includes disagreement. Because that's how we move forward as a community. By listening to each other and working together."

Krekorian said that Price will play a key role in bridging divisions made worse by the leaked recording.

Price attended Friday's council meeting, which took place virtually due to COVID-19 exposure. He did not attend the meetings on Tuesday or Wednesday, stating Tuesday that he "could not support a virtual hearing that silenced the public outcry and shut out Angelenos who continue to reel from this breach of trust."