HUNTINGTON PARK, Calif. - A large warehouse in Huntington Park was destroyed by a fire on Monday evening, fire authorities said.

The fire was reported around 8:30 p.m. at the building located near Gage and Miles avenues, according to the Los Angeles County Fire Department.

Firefighters remained in defensive mode as they battled the three-alarm fire.

According to fire officials, nearby structures were threatened and about twenty fire engines were on scene. 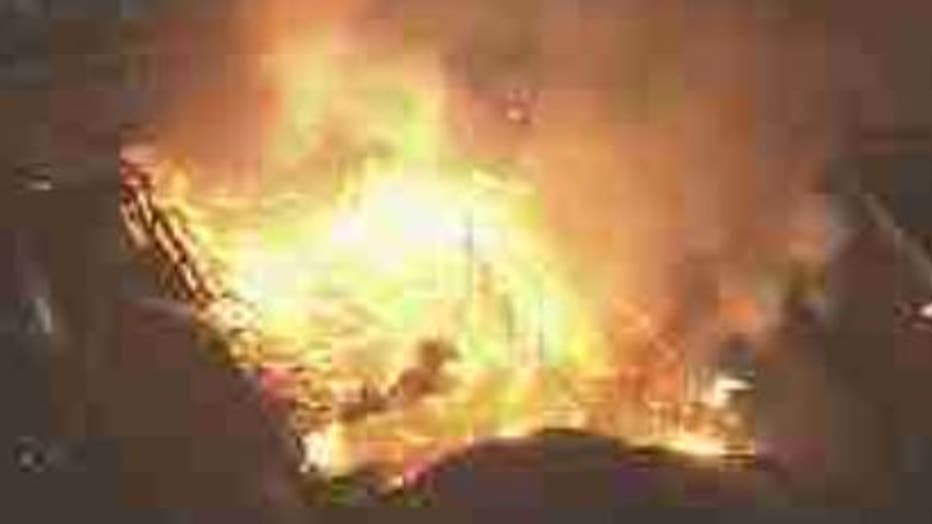