LOS ANGELES - A cow has been caught after roaming the streets of La Puente Wednesday afternoon.

SkyFOX was overhead San Angelo Park, in the Avocado Heights area, as law enforcement attempted to capture the animal.

Several parked patrol cars circled around the animal as officers tried to corral the cow, however it escaped between two vehicles. 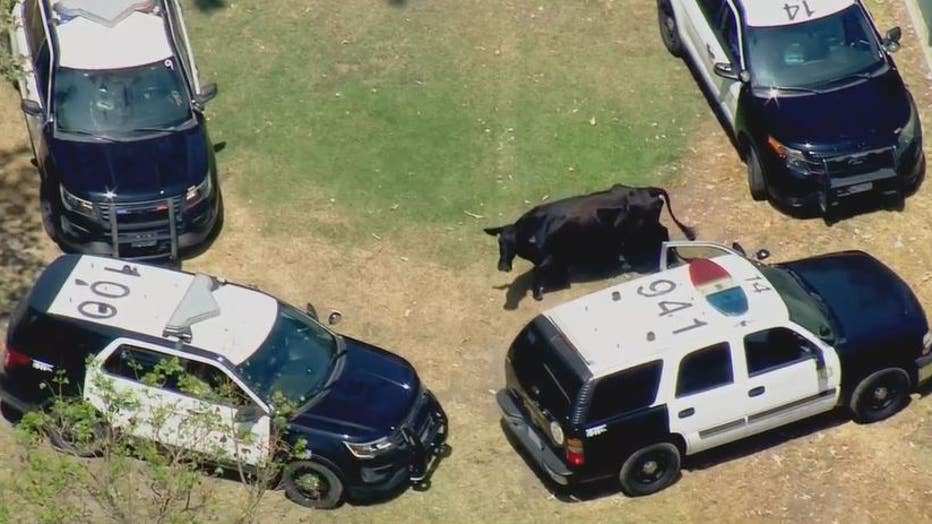 The cow left the park and began walking on surface streets before officers managed to put a rope around it. The cow was then placed into a vehicle.

The cow found in La Puente is the last remaining cow from the original heard that escaped earlier last week from a Pico Rivera slaughterhouse. 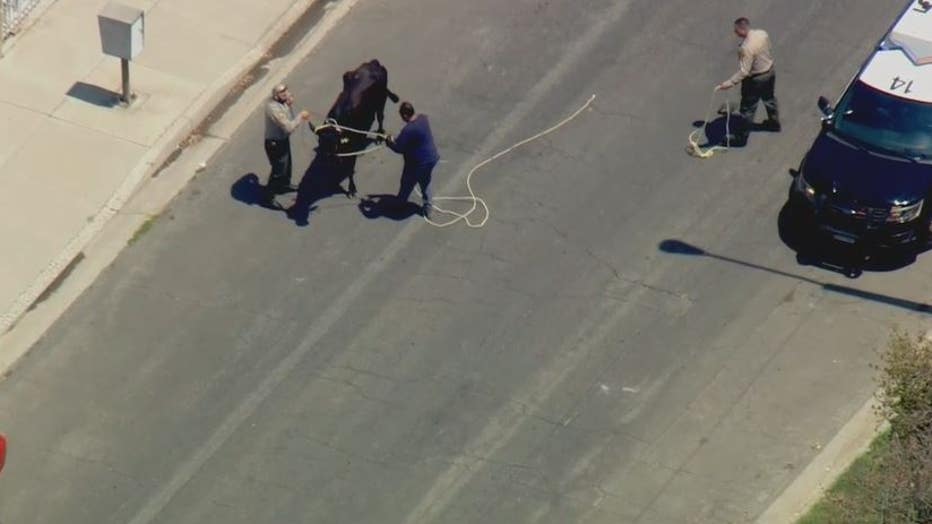 The cow was returned to Manning Beef, however, the owner has agreed to donate the cow to Farm Sanctuary in Acton.

Last week award-winning singer Dianne Warren spared the life of another cow that escaped from the slaughterhouse and once again, the singer has stepped in and spared the life of this cow as well.  This is the second cow Warren has saved from Manning Beef.

Pico Rivera City Manager Steve Carmona also stepped in and negotiated with the business owner to secure the cow’s freedom.

"We are glad to see a positive outcome for the future of this last reaming cow," Carmona said. "I’m personally glad the owner of Manning Beef realized the positive nature of this generous gesture of donating this animal to Farm Sanctuary."

On June 22, 40 bovines escaped a slaughterhouse in Pico Rivera when an employee mistakenly left a door open. The animals stampeded through residential streets, causing some property damage.

One was killed by a sheriff's deputy after charging at a family, and one was recovered two days later in South El Monte, about five miles away, and donated to a local sanctuary. The other 38 cows were recovered and returned to the slaughterhouse, where they were killed.