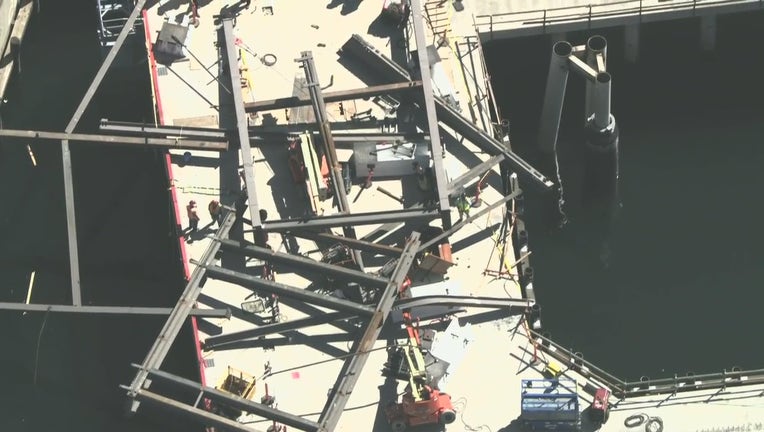 Crews are picking up the pieces after a part of a construction site collapsed at the Long Beach pier. (FOX 11)

LONG BEACH, Calif. - Crews are picking up the pieces after a part of a construction site collapsed in Long Beach.

Two people were hurt but did not need to be taken to the hospital and one person fell in the water but is now OK, according to firefighters.

One other person suffered serious injuries and was taken to the hospital.

Officials did not specify how the collapse happened.