COMPTON, Calif. - If you are looking for change makers in Los Angeles, the mayor’s office in Compton is a good place to start.

Since taking over as the city’s mayor 7 years ago, Aja Brown has sparked a renaissance in the city that has a rich history.

“I think people are aware and cognizant of a short window in our 138 year long history, we were established in the 1800’s, in 2020 we’re diverse,” Mayor Brown said.

“Compton is more than rap music, it’s more than one narrative. We have hard times, and good times, but we are a resilient community and determined.”

After earning a Master’s degree in Urban planning from USC, Brown worked for the City of Inglewood, then did a stint as a Planning Commissioner for the City of Pasadena before joining Compton’s redevelopment Agency in 2009.

Three years later, with no political experience, she ran for Mayor in 2012, and beat a dozen candidates, including the incumbent and become the youngest mayor in the city’s history.

Once getting the job she set about tackling the plague of gang violence by launching “Compton Empowered” which worked with former gang members to take back their neighborhoods by encouraging peace treaties. 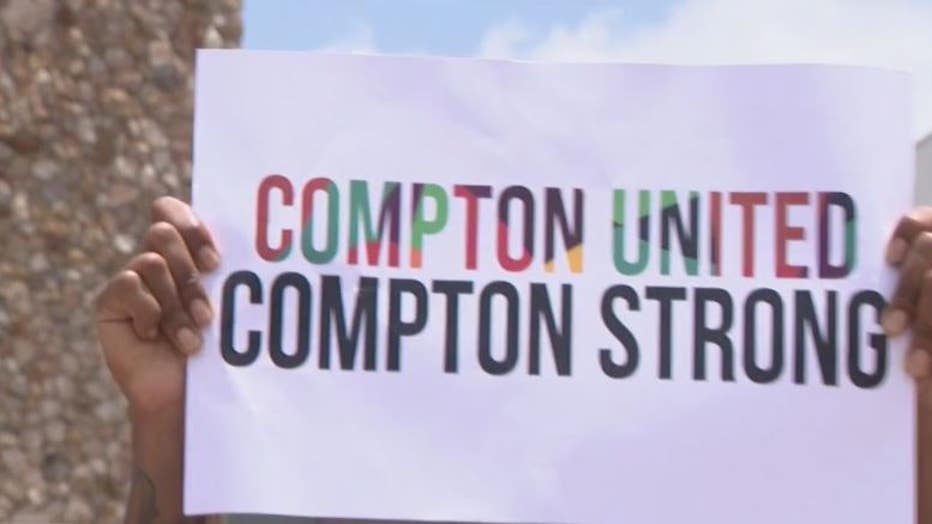 A significant drop in violent crimes helped spur an economic rebirth in the community.

“There’s been a resurgence in economic development. We’ve had Fortune 500 companies move to Compton. Our unemployment rate pre-COVID dropped from 20% to 6 percent. ”

Brown says one of the things she is most proud of is the way the young people in the neighborhood have stepped up.

“They are so engaged, and taking their responsibility as citizens seriously. They’re getting involved and learning about our city, learning what they can do. Learning to use their power to affect change in their neighborhood and their sphere of influence. We have had an explosion of leadership in our community.”