Nearly 3,800 animals are critically endangered, according to the International Union for Conservation of Nature (IUCN)'s Red List.

Cat videos are a classic, go-to corner of the internet — and a certain big cat has won this year’s vote for a top prize.

The Comedy Wildlife Photography Awards announced its 2022 winner, and this year’s star? A clumsy, 3-month-old lion cub figuring out his way in the wilds of the Serengeti.

The photo was taken by U.S. photographer Jennifer Hadley in the Serengeti, Tanzania, as the cub was trying to make his way down a tree. 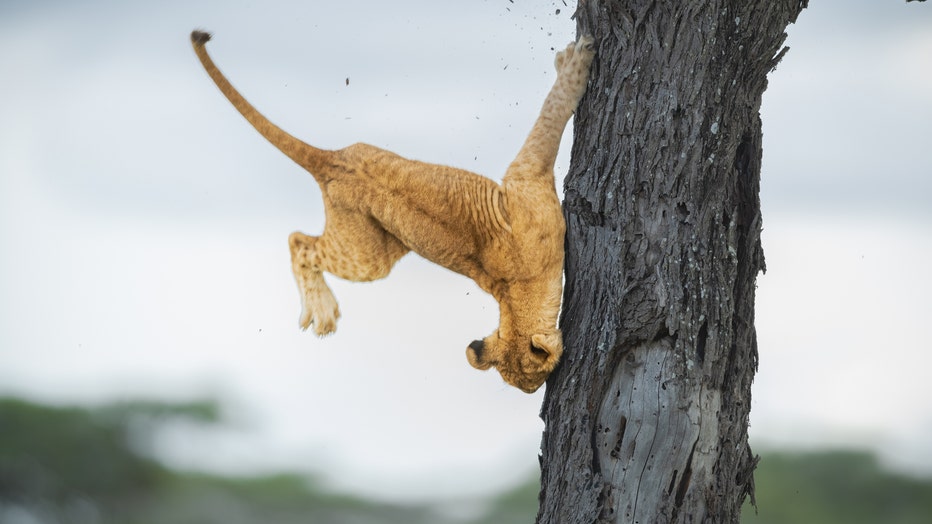 “Not so cat-like reflexes.” Photographer’s description: This 3-month-old cub and his sibling were in a tree. The other lionesses were in other trees and on the ground. He wanted to get down and walked all over the branches looking for the right spot (Jennifer Hadley / Comedy Wildlife 2022)

"He wanted to get down and walked all over the branches looking for the right spot and finally just went for it," Hadley said, who was waiting in perfect timing with her camera. "It was probably his first time in a tree and his descent didn't go so well."

She named her photo "Not so cat-like reflexes."

Hadley’s image went up against thousands of other entries from 85 countries. Judges said this was their closest voting ever.

The Comedy Wildlife Photography Awards was founded in 2015 by two professional photographers who are also passionate conservationists. The competition is free for anyone in the world to enter.

After the overall winner come five category winners. Hadley’s lion photo also won Creatures of the Land — and a second photo of hers won in a different category, the People’s Choice Award. 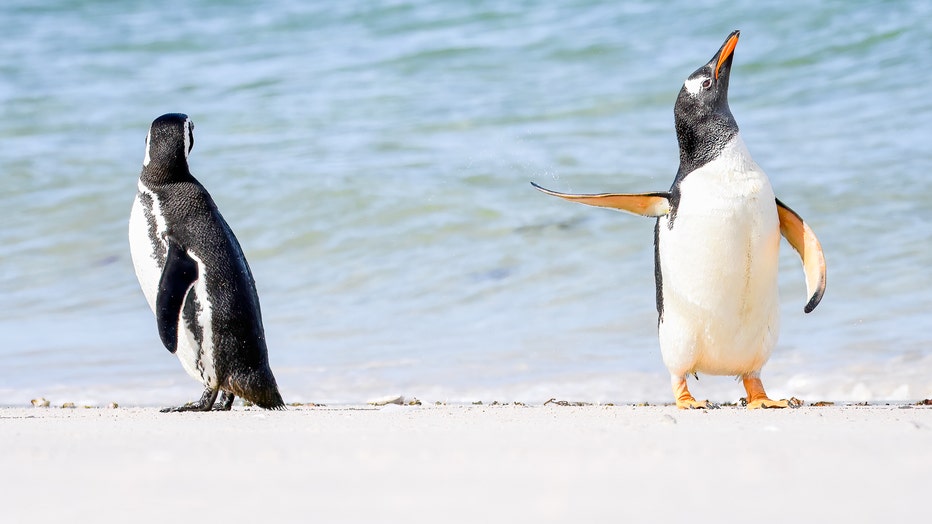 "Talk To The Fin!" Photographer’s description: This was shot on the Falkland Islands. These two gentoo penguins were hanging out on the beach when one shook himself off and gave his mate the snub. Animal: Gentoo Penguin. Location of shot: Falkland Is (Jennifer Hadley / Comedy Wildlife 2022)

These penguins were captured in the Falkland Islands. They were "hanging out on the beach when one shook himself off and gave his mate the snub," Hadley said.

French photographer Jean Jacques Alcalay’s photo of a "misleading view" of a hippo and a heron from Kruger National Park in South Africa won the Creatures of the Air Award. 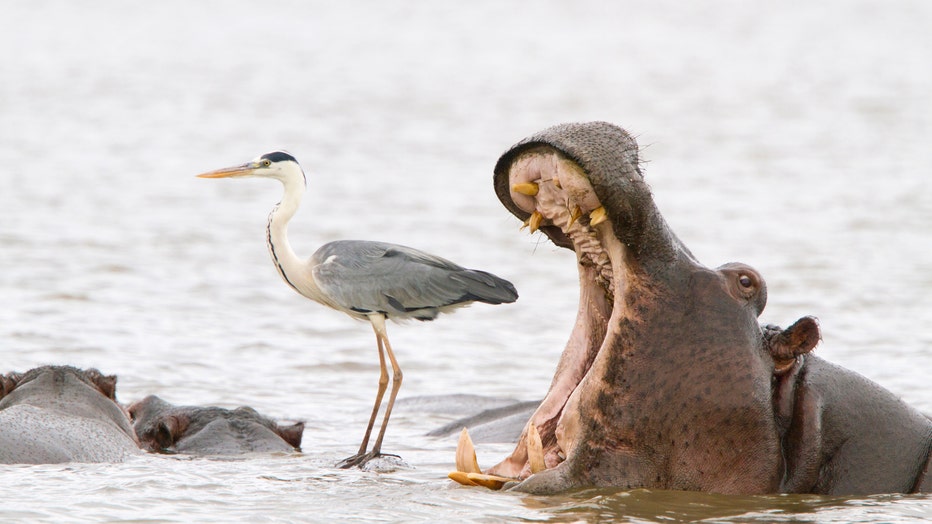 This one, called "Say cheeeese," from Spanish photographer Arturo Telle Thiemann won the Creatures Under the Water Award. These grey triggerfish were captured in the Azores. 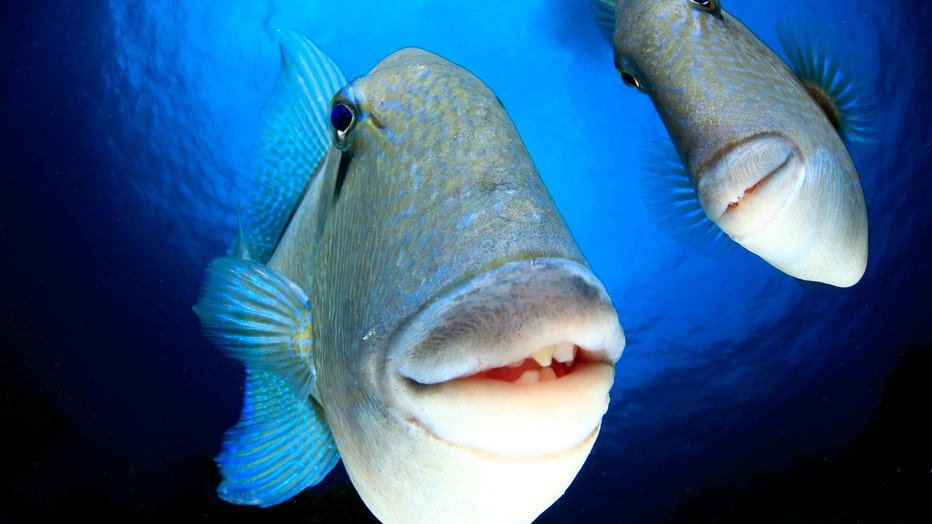 "Say cheeeese." Photographer’s description: A couple of triggerfish looking into the camera, captured at the Azores. Even they may look funny, these fish can be quite aggressive. In this case they didn't attempt to bite me, but the domeport of my cam (Arthur Telle Thiemann / Comedy Wildlife 2022)

And Arshdeep Singh from India won the Junior Award with his photo of two spotted owls. 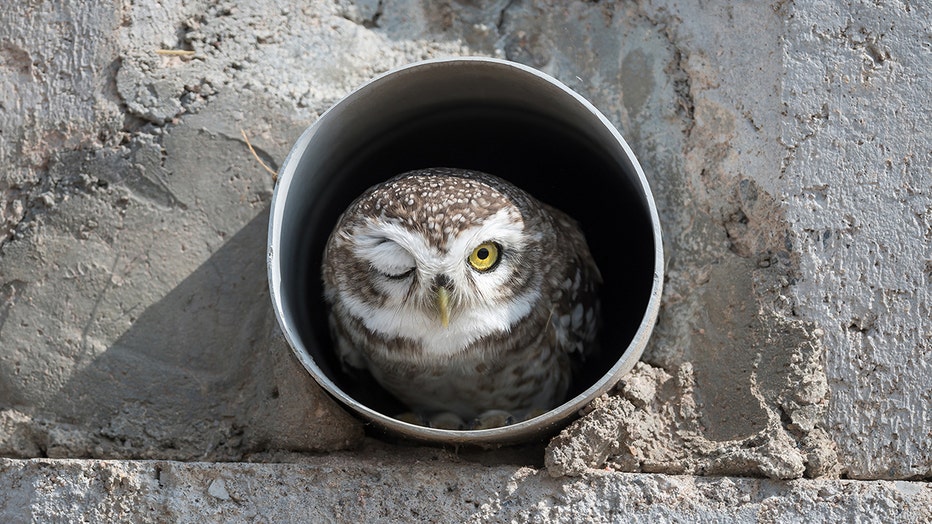 "I CU boy !" Photographer’s description: Few hundred miles away we went to explore wildlife of a small town named ‘Bikaner’. It was after almost a year I travelled because of covid. We hired a guide to explore places around. During last day of our tr (Arshdeep Singh / Comedy Wildlife 2022)

RELATED: 'Reckless driver' turns out to be dog behind wheel of Texas parking lot crash

Here are some images of other notable entries that were recognized as Highly Commended Winners:

"Fight Back." Photographer’s description: This salmon decide to punch the bear in the face rather than be lunch. Animal: Bear. Location of shot: Alaska. (John Chaney/ Comedy Wildlife 2022)

Founders of the competition also aim to highlight the goal of wildlife conservation organizations and donate 10% of revenue from the competition to the Whitley Fund for Nature.