A new study from researchers at UCLA has determined that climate change has nearly doubled the change of what they called a "megaflood" in Southern California.

LOS ANGELES - It's only a matter of time until California gets hit by an "ArkStorm," which scientists say reflects the potential for "an event of biblical proportions."

A new study released by UCLA reveals the ArkStorm will generate 200% to 400% more runoff in the Sierra Nevada Mountains due to more rain, not snow.

The ArkStorm flood is also known as "the Other Big One" after the nickname of an expected major earthquake on the San Andreas Fault, according to researchers with UCLA. But, unlike an earthquake, the ArkStorm would lead to catastrophe across a much larger area.

RELATED COVERAGE: You can see California's drought from space

The increased runoff could lead to devastating landslides and debris flows — particularly in hilly areas burned by wildfires, scientists added. 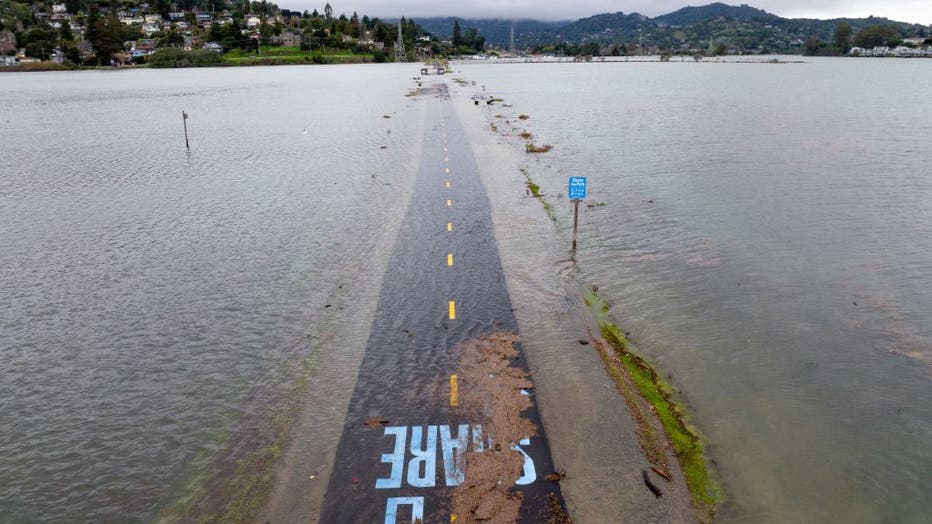 An aerial picture taken on January 3, 2022, shows a flooded Sausalito/Mill Valley bike path covered in bay water during the "King Tide" in Mill Valley, California. - "King Tides" occur when the Earth, moon, and sun align in orbit to produce unusually

The researchers used a combination of new high-resolution weather modeling and existing climate models to compare two extreme scenarios: one that would occur about once per century in the recent historical climate and another in the projected climate of 2081-2100. Both would involve a long series of storms fueled by atmospheric rivers over the course of a month.

The last time California experienced such a flood was in 1862.  During that time, scientists said floodwaters stretched up to 300 miles long and as wide as 60 miles across in California’s Central Valley. Back then, there was no flood management infrastructure in place.

California's population was about 500,000, compared to nearly 40 million today, scientists said. If something similar were to happen again, parts of cities such as Sacramento, Stockton, Fresno and Los Angeles would be underwater even with today’s extensive collection of reservoirs, levees and bypasses, researchers said.

"In the future scenario, the storm sequence is bigger in almost every respect," said Daniel Swain, UCLA climate scientist and co-author of the paper, which is published today in the journal Science Advances. "There’s more rain overall, more intense rainfall on an hourly basis and stronger wind." 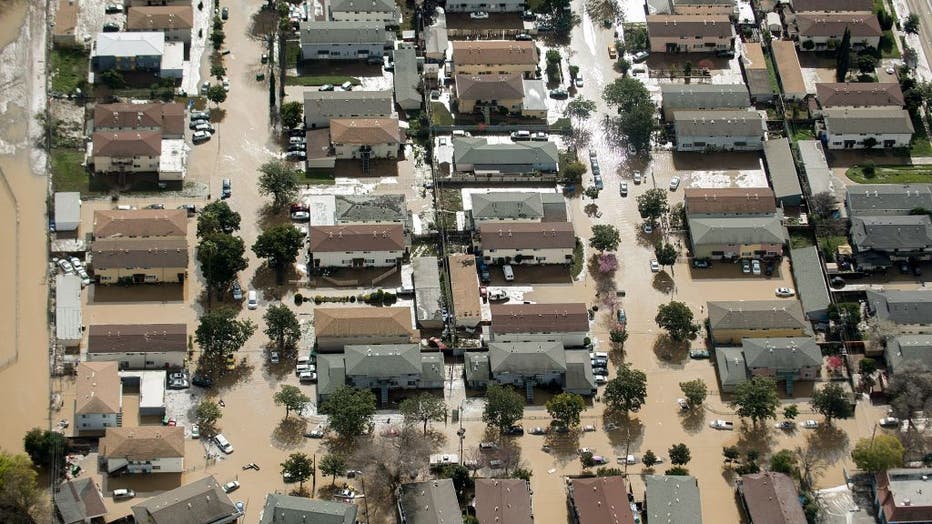 TOPSHOT - Floodwaters surround homes and cars on February 22, 2017, in San Jose, California. Thousands of people were ordered to evacuate their homes early Wednesday in the northern California city of San Jose as floodwaters inundated neighborhoods a

The paper, which was coauthored by climate scientist Xingying Huang, found that historical climate change has already doubled the likelihood of such an extreme storm scenario, building on previous UCLA research showing increases in extreme precipitation events and more common major floods in California. The study also found that further large increases in "megastorm" risk are likely with each additional degree of global warming this century.

Though no flood so large has happened since, climate modeling and the paleoclimate record — including river sediment deposits dating back thousands of years — shows that it typically happened every 100 to 200 years in the pre-climate change era.

PREVIOUS COVERAGE: These California counties saw the biggest population decline during the pandemic

"Every major population center in California would get hit at once — probably parts of Nevada and other adjacent states, too," Swain said.

The effects on infrastructure would complicate relief efforts, with major interstate freeways such as the I-5 and I-80 likely shut down for weeks or months, Swain said. Economic and supply chain effects would be felt globally. 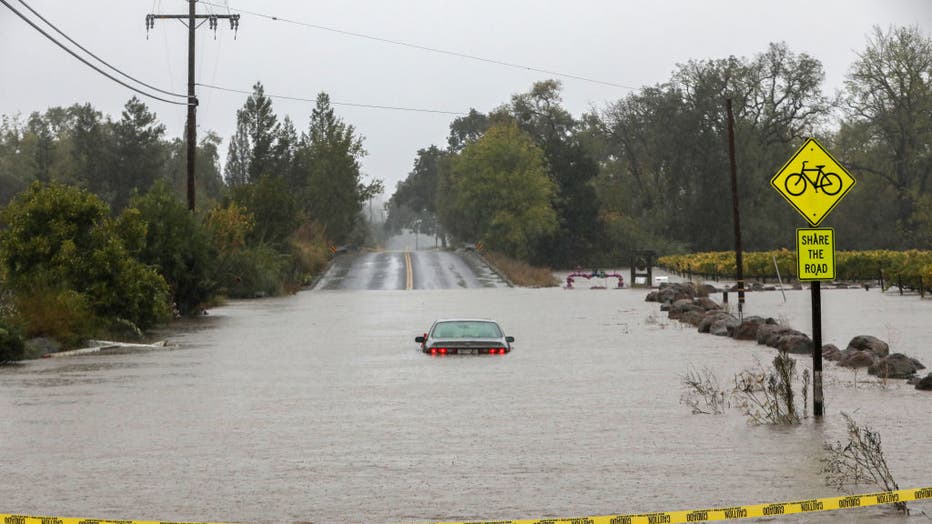 FORESTVILLE, CA - OCTOBER 24: A vehicle sits in flood waters near the Russian River off River and Slusser roads in Forestville, Calif. on Sunday, Oct. 24, 2021. Deemed by meteorologist as an "atmospheric river," a series of rain storms continues to d

According to Swain, the first ArkStorm exercise deemed it would not be possible to evacuate the 5 to 10 million people who would be displaced by floodwaters, even with weeks of notice from meteorologists and climatologists.

Further research and preparations to respond to such a scenario — including advanced flood simulations supported by the California Department of Water Resources — are planned to follow, Swain said.

Researchers next hope to map out where flooding could be worst and inform statewide plans to mitigate it.

California's drought and water crisis are the next subjects of the next FOX 11 documentary. Watch "hell // no water" premiering Sept. 20 at 7 p.m.

California's drought and water crisis are the next subjects of the next FOX 11 documentary. Watch "hell // no water" premiering Sept. 20 at 7 p.m.