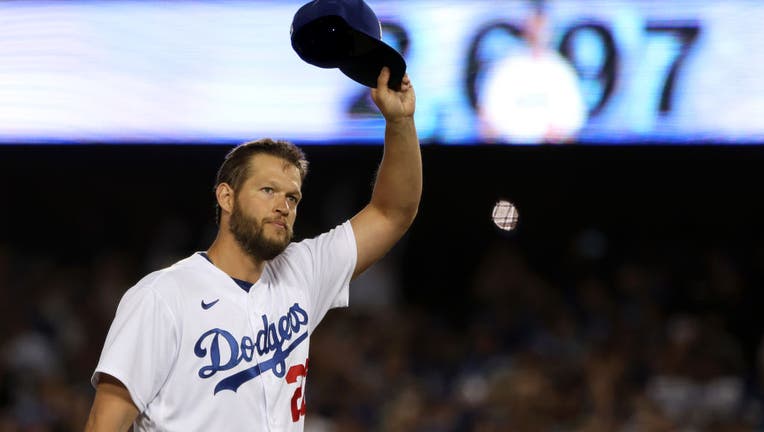 Sutton had held the record since Aug. 5, 1979, when he struck out Greg Johnston of the San Francisco Giants, passing another Hall of Famer Don Drysdale.

After breaking the record, Kershaw proceeded to strike out two more in the top of the fourth, punching out Jonathan Schoop and Garneau once more.

Kershaw was pulled after six innings, allowing one run on four hits, with two walks and seven strikeouts for an even 2,700 on his career. Kershaw left with a no-decision.

Despite Kershaw's best efforts, the Dodgers to the Tigers Saturday by a score of 5-1.

Kershaw is 26th on MLB's list of all-time strikeout leaders and fourth among active pitchers behind Max Scherzer of the New York Mets (3,053), Justin Verlander of the Houston Astros (3,041) and Zack Greinke of the Kansas City Royals (2,815). Kershaw has 382 games in his 15-year career with the Dodgers.