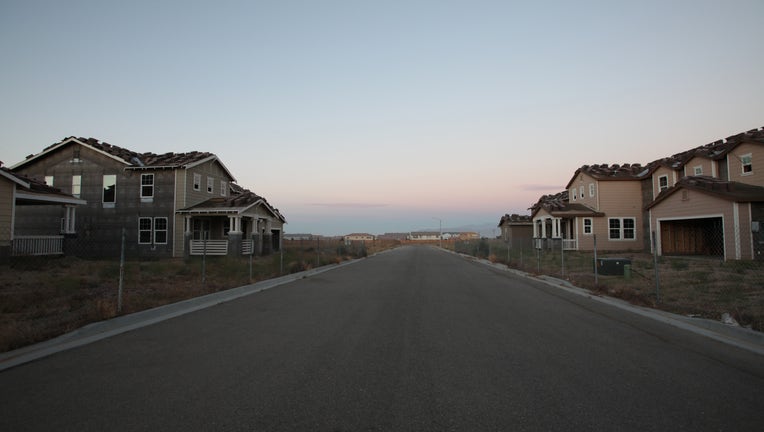 HESPERIA, Calif. - The U.S. Department of Justice is suing the California city of Hesperia, alleging it discriminated against black and Latino renters.

The lawsuit announced Monday takes aim at a city ordinance that required landlords to evict tenants who had allegedly committed crimes on or near their property.

The suit, which also names the San Bernardino County Sheriff’s Department, alleged that enforcement targeted minorities and areas of the Mojave Desert city that had a majority population of blacks and Latinos. According to the suit, entire families, including children, were evicted for alleged criminal conduct involving one tenant or even non-tenants, and even included family members who had reported domestic violence to police.

The law involved allegations from authorities of criminal activity even if the person wasn’t arrested, charged or convicted.

The suit alleges the city of 90,000 enacted the law — called the “Crime Free Rental Housing Program”— to drive minorities out of the city and violated the federal Fair Housing Act.

In a statement, the city called the DOJ allegations “factually inaccurate” and said Hesperia “loves and embraces diversity.”

“The crime-free ordinance in no way targeted anyone based on a protected class. The City intends to vigorously defend against the lawsuit,” it added.

The Sheriff’s Department said in a statement that it disagreed with the lawsuit’s allegations.

“We intend to vigorously defend this in court,” the statement said.

The lawsuit is based on allegations made by the Department of Housing and Urban Development against the city last month. HUD alleged that at some 140 households lost housing because of the ordinance in 2016.

HUD found that African American renters were nearly four times as likely and Latino renters 29% more likely than white renters to be evicted under the ordinance.

“The Fair Housing Act prohibits local governments from enacting ordinances intended to push out African American and Latino renters because of their race and national origin, or from enforcing their ordinances in a discriminatory manner,” Assistant Attorney General Eric Dreiband said in a statement.

The city and Sheriff’s Department already were sued over the ordinance in 2016 by the American Civil Liberties Union Foundation of Southern California. The ACLU alleged that the law illegally tried to restrict housing and services for people who had criminal records.

Hesperia revised the law to make the program voluntary for landlords and last year agreed to settle the ACLU lawsuit for nearly a half-million dollars.