Child struck and killed by vehicle in South Los Angeles

LOS ANGELES - A child is dead after being struck by a vehicle in South Los Angeles, authorities said Monday.

The crash was reported shortly before 10 a.m. near the intersection of Compton Avenue and E 87th Street, the California Highway Patrol reported. 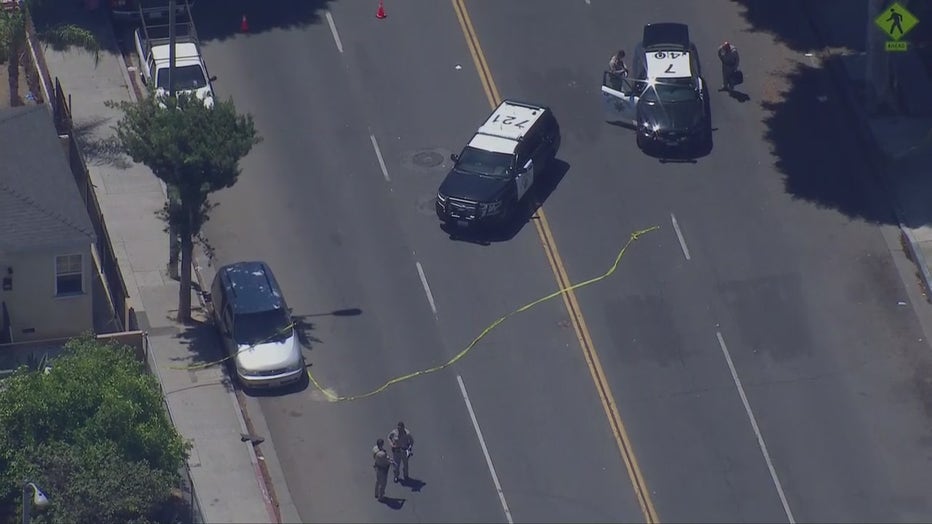 A child was fatally struck by a vehicle Monday near the intersection of Compton Avenue and E 87th Street in South LA. (FOX 11)

The CHP said the child was hit by a vehicle and died at the hospital.

Additional details surrounding the crash were not immediately released.

The child's name, age and gender were not available.