CHICAGO - The 2021 graduation season has been a busy one for mom Alisa Perry Johnson.

All three of her children graduated this year -- and so did Perry Johnson herself.

Perry Johnson, from Chicago, graduated in May from Richard J. Daley College with an associate’s degree in early childhood education -- a degree she’s been working on for more than three decades.

"It was a long time in the making," the 50-year-old teacher’s aid told Fox News. "I put it on hold because I started having children and my mom always said, ‘When you have children, your children come first.’"

"I already knew I was going to go back, but my children became my first priority," she added. "I wanted to make sure that they were OK, that they had everything they needed." 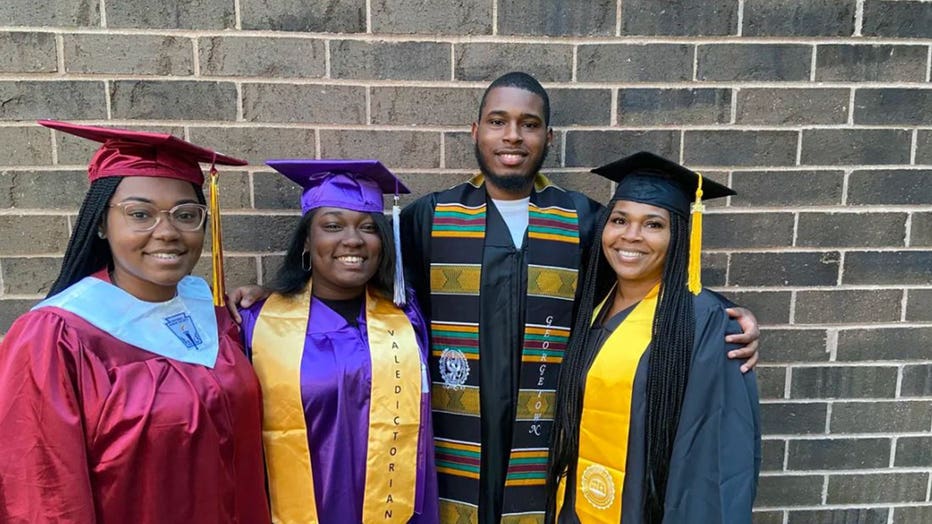 "I know I graduated, but it was exciting that I got to see my children graduate," Perry Johnson told Fox. "I got to see that accomplishment."

Perry Johnson explained that losing her job amid the coronavirus pandemic was what finally pushed her to finish her degree.

"I said, it's time for me to go back to school," Perry Johnson said. "I was in the house anyway for the pandemic, so that's what made me go back."

Perry Johnson said it helped to be completing her studies with her two daughters at home.

"They were teaching me how to do the -- I call it the New Age math because this wasn't the math I had when I was in school. So when they finished their homework, they were helping me," she said.

Perry Johnson said she also got help from Malik over FaceTime while he was away at college, and from another student in her class.

Perry Johnson said her secret to having successful children is to be there, and support them.

"I did the same thing like any other ordinary parent…whatever their dreams and goals are, just help them," she said.