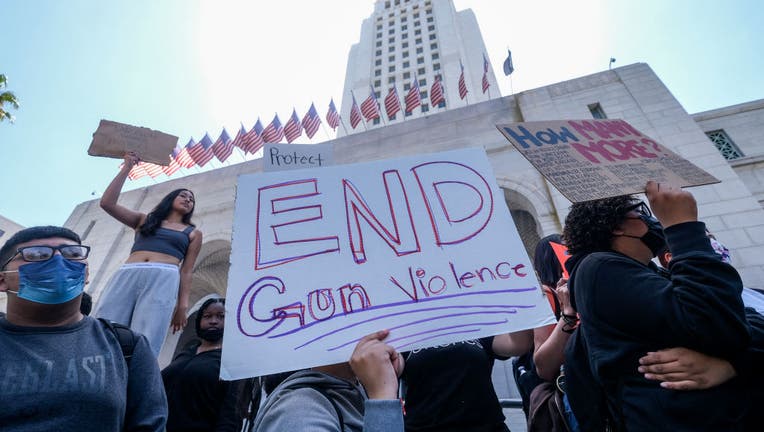 SACRAMENTO, Calif. - California is spending $11 million on education programs promoting wider use of "red flag" laws that are designed to temporarily take guns away from people who are deemed at risk of harming themselves or others, Gov. Gavin Newsom said Friday.

The money was included in the state budget he approved nearly a year ago, but the programs are now getting underway.

Newsom announced the funding on National Gun Violence Awareness Day, and as he continued promoting California’s gun control efforts as a national model in response to recent mass shootings, including in Tulsa, Oklahoma; Uvalde, Texas; and Buffalo, New York.

California approved its red flag law in 2014 after an earlier mass shooting. It allows police, loved ones and others to ask judges to approve what are formally known as gun violence restraining orders that temporarily bar someone from possessing firearms if they are found to be a risk to themselves or others.

Similar intervention programs are in 19 states and the District of Columbia.

But a report last year by the Violence Prevention Research Program at UC Davis Health said most people aren’t aware that the orders are an option.

The new 18-month outreach program is designed to expand their use.

It includes $5 million to local domestic violence organizations for community outreach; $5 million for a statewide education program, including to communities most at risk of gun violence in several languages; and $1 million to expand an existing San Diego-based program to provide education and training for district attorneys and law enforcement groups statewide.