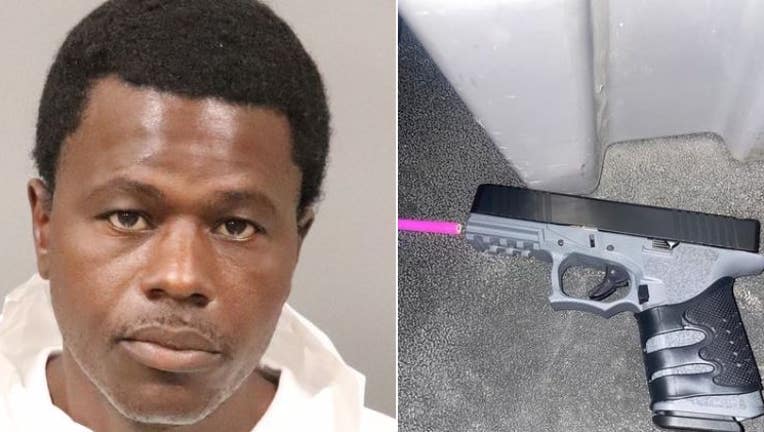 Wesley Brownlee, 43, was arrested after police received multiple tips from the community. Officials made the announcement during a news conference Saturday.

Based on the tips, police said they were able to zero in on a possible suspect. A surveillance team followed the suspect while he was driving and watched his patterns. They determined early Saturday morning he was on "a mission to kill," officials said.

"He was out hunting," said Chief Stanley McFadden. "He was stopped by our own team in the area of Village Green Drive and Winslow Avenue around 2 am this morning."

Officers said he was wearing dark clothing and a mask around his neck. He was allegedly armed with a firearm when he was taken into custody.

Brownlee is linked to the fatal shooting of six men and the wounding of one woman in Northern California.

Records show he lives in Stockton, within 3 or 4 miles of the shooting deaths in that city. He appears to have relatives who have lived in East Oakland, where a 2021 shooting death has been linked to the case.

Their crimes go back to more than a year, police said.

Authorities say five men in Stockton were ambushed and shot to death while alone in the dark. Two additional cases last year — a man’s death in Oakland and the non-fatal shooting of a woman in Stockton — had allegedly been tied to those killings.

Police in Stockton are searching for an apparent serial killer who is tied to at least six deaths.

In the fatal Stockton cases, none of the men were robbed or beaten. The killings took place within a radius of a few square miles between July 8 and Sept. 27 — and none appeared to have known each other, said Stockton Police Officer Joseph Silva.