A man in California was arrested for issuing fraudulent parking tickets to vehicles in the beach area of Santa Cruz Wednesday evening.

Santa Cruz police said 19-year-old Damian Vela, of Watsonville, was charged with unlawful use of a computer system and attempted fraud after he admitted to creating and issuing fake parking tickets.

The department said it received reports of the fraudulent citations on Thursday and began investigating.

Vela was located around 4 p.m. that day in the beach area where he told police he committed the crime. Officers also searched his vehicle and found evidence related to the scam.

The police department said the fake citations included a QR Code directing those who received the tickets to a website for payment. Police are not sure how many citations Vela issued or if any of the victims paid the "bogus citations."

When Vela admitted to the crime, he claimed he did not receive any payments.

When announcing the arrest, Santa Cruz police shared one of the fraudulent tickets and an official parking citation, so residents could see the differences. The biggest visual difference between the two is the fake ticket had a palm tree on either end of the "notice," which was also typed in an unofficial font. 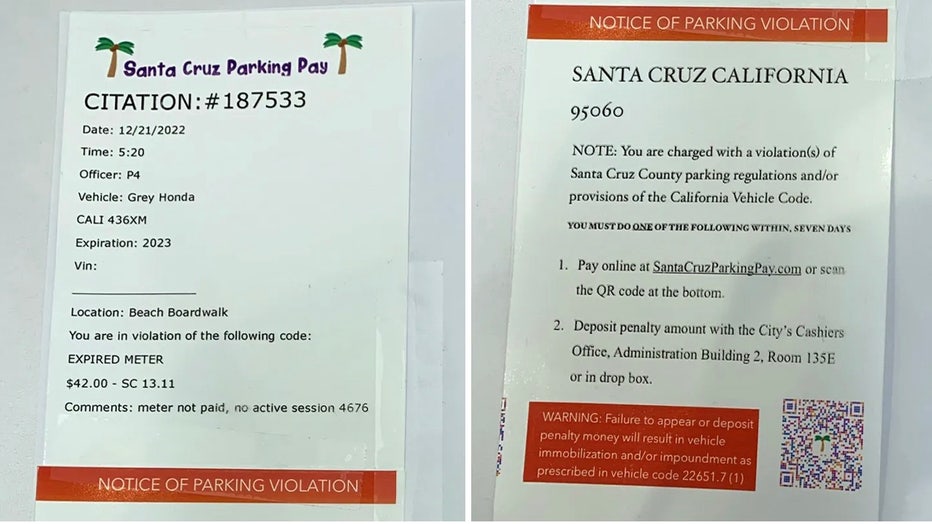 A California man was arrested after he admitted to creating and issuing fake parking citations (pictured above) in the city of Santa Cruz. (Santa Cruz Police Department)

Legitimate parking tickets will also have a barcode near the top, along with very detailed sections for ticket, vehicle, violation and payment information. 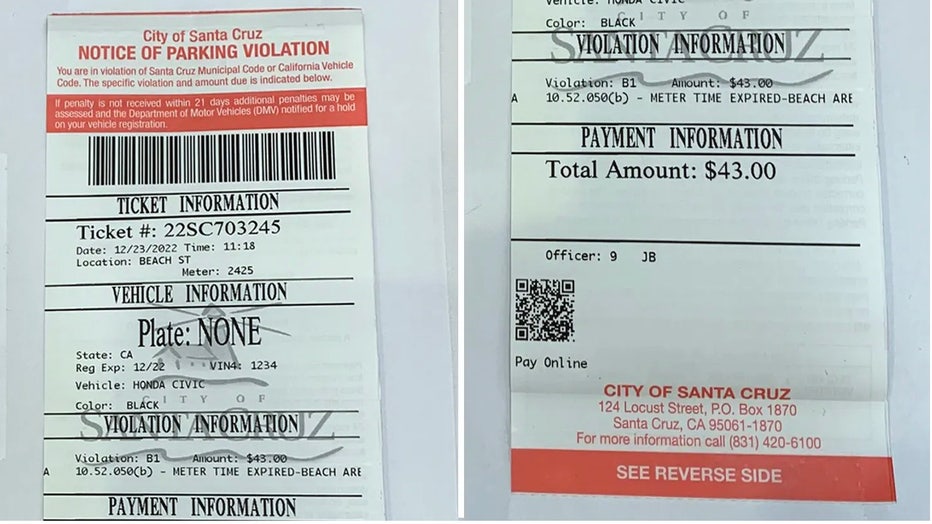 The department said detectives are looking for additional victims of the fraudulent act. Community members are encouraged to come forward and contact the Investigations Unit at 831-420-5820.

Anyone looking to validate a ticket can call the City of Santa Cruz Parking Office at 831-420-6100 or visit the parking office at 124 Locust Street.