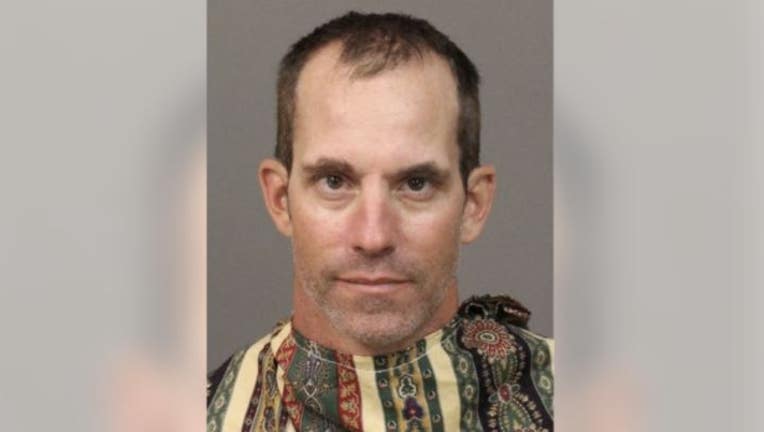 A convicted pedophile in California will spend the rest of his life in prison after being convicted of 52 counts related to sex abuse against children this month.

Jason Robert Porter, 49, abused four girls between the ages of 1 and 13 from 2008 to 2016, and videotaped dozens of victims without their knowledge.

He was convicted on 16 felony counts of sex crimes against children and child pornography earlier this month, as well as 36 misdemeanors for invasion of privacy.

One of Porter's victims, an 11-year-old girl, testified at the trial that Porter molested her when she went to his house to play with his two adolescent sons when she was just four years old, the San Luis Obispo Tribune reported.

"I pretended I was asleep," the victim testified earlier this month, according to the local newspaper.

Deputy District Attorney Melissa Chabra, who is assigned to the Sexual Assault and Child Abuse Unit, said she was pleased to finally deliver justice for Porter's victims five years after he was arrested.

"The young victim's bravery while testifying in court in front of her abuser inspires me to continue my work on these cases and fight for justice for all survivors of sexual abuse in our county," Chabra said after Porter was sentenced.

Porter waived his right to a jury trial, so the case was heard by San Luis Obispo County Superior Court Judge Barry T. LaBarbera, who found him guilty and sentenced him to 280 years to life plus five years in prison on Monday.

"I’ve been doing this a long time and I’ve seen a lot of things, and this for me was very difficult to watch," LaBarbera said in court during the sentencing, according to the San Luis Obispo Tribune. "This was horrific, dastardly conduct. ... Not only were the victims particularly young, a lot of the conduct was committed while they were sleeping."

Get updates on FOX News.