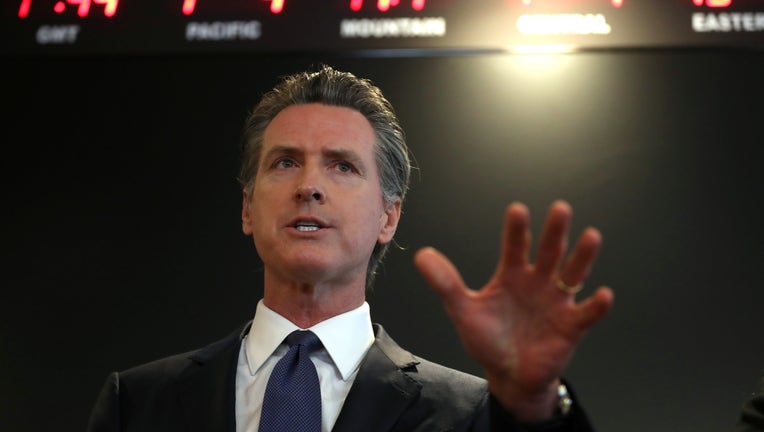 The report from the Legislative Analyst’s Office says state lawmakers can expect budget deficits of about $20 billion per year going forward — but that’s only if the economy begins to recover this summer. If the downturn lingers into 2021, the deficits could average up to $30 billion per year.

“It’s not like this is a shock to the economy and a shock to the budget and then everything will go back to normal,” Legislative Analyst Gabriel Petek said. “Our analysis suggests this is going to be a multiple-year problem.”

California has been under a mandatory stay-at-home order since March 19 to prevent the spread of the new coronavirus. The order has forced most businesses to close and prompted more than 4 million people to file for unemployment benefits. The California Department of Finance is projecting an unemployment rate of 18%, or 46% higher than the peak of the Great Recession a decade ago.

Nationally, the U.S. Labor Department said Friday that 20.5 million jobs disappeared in April, the worse monthly job loss on record and sending the unemployment rate to 14.7%.

The Newsom administration is predicting a $54.3 billion budget deficit, while the report from the Legislative Analyst’s Office projects a shortfall of either $18 billion or $31 billion, depending on the severity of the recession.

Newsom has said he will scrap his January budget proposal because of the coronavirus. He’s scheduled to reveal his new spending plan next week.

“Either way you slice it, we have a significant shortfall to bridge over the next few weeks,” said Phil Ting, chair of the Budget Committee in the state Assembly. “Revenue options and expenditure reductions will be explored at the same time.”

Some Republican lawmakers balked at the prospect of boosting state revenues, offering a preview of the bruising budget discussions to come in the coming months.

“The worst thing that the Legislature can do is ‘seek new revenue,’ which means higher taxation for Californians, period,” said Republican state Sen. Jim Nielsen, vice chair of the Senate Budget Committee. “That would be the worst signal to the economy.”

Lawmakers will have about a month to review Newsom’s updated spending proposal and make changes. Petek said they have several options to make the budget deficit smaller, but most of them involve painful cuts to public education.

One option is to eliminate cost-of-living adjustments for various state programs, of which about $1.7 billion would come from public schools and community colleges. Another option is to only fund public education the minimum amount required by the state Constitution. That could make the deficit up to $15.7 billion smaller, but force extraordinary cuts at public schools.

It is possible for lawmakers to reduce spending without cutting services, but those options are limited. Petek said lawmakers could pull back funding that has been approved in previous budgets but not yet spent. That would mean canceling construction projects and delaying the enforcement of new laws. But those options would only save about $3.8 billion.

“This is a conundrum because this is not your typical recession,” Petek said. “(Lawmakers) certainly wouldn’t want to make changes to programs that could exacerbate the public health crisis that we are dealing with.”