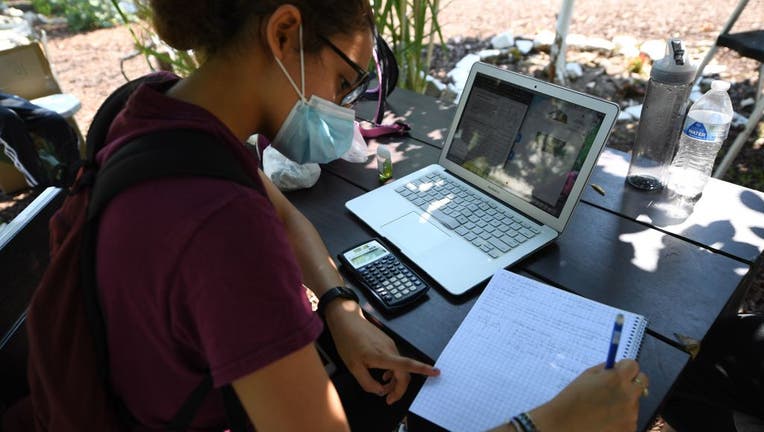 SACRAMENTO, Calif. - Public schools would be forced to reopen in California under most circumstances during the pandemic when infection rates drop if a state lawmaker's bill is passed.

“As a father, I worry about all the learning loss occurring and the millions of kids who are falling behind, as a result of our sole reliance on remote teaching – not to mention the impacts of social isolation," Ting said in a statement. "Schools in other states and countries have prioritized in-person learning during COVID-19 and have done so without major outbreaks. California ought to follow that path."

The debate over distance learning has raged on during the pandemic. There are vocal voices on each side of the controversy.

Many teachers and families are adamant about not returning to the classroom because of health concerns. There are others, including a group of parents in Oakland and Berkeley this weekend, who held rallies pushing for a return to campus.

“So many of our students are missing that connection, that physical connection, with their classmates. With their friends. Being able to go back onto campus is definitely something that’s going to be able to change their mindset,” said education expert Yvonne Alexander.

And still others acknowledge that distance learning is dismal and are encouraging the state to do more to ensure that virtual learning is more successful.

Claudia Briggs, a spokeswoman for the California Teachers Association, said her organization is still reviewing the bill, but in general, teachers are appreciative that legislators are "joining the conversation on school reopening."

"First and foremost," Briggs said in an email, "we want to go back to school in person where our students learn best. We want to make sure it’s safe for students as well as our members. We know that parents and administrators share our concerns and in order to return safely, it’s important that we have accurate, transparent data information on Covid-19 case rates and transmission and that there is enforcement of the existing guidelines to safely reopen our schools."

To get back into the classroom, Briggs said will take resources and a targeted strategy.

"But to be successful, we need to make sure these proposed solutions are not theoretical and can actually be operationalized to ensure districts will be able to implement," she said. "We know this legislation is a starting point and look forward to the continued conversation which must be done collaboratively with the proponents, educators and administrators."

Jesse Gary reports on the rally held Saturday in Oakland.

If approved, the bill would allow districts to choose whether to use a hybrid model — a combination of distance learning and in-person classes — or all in-person learning. Many private schools are already experimenting with this approach.

However, it's unclear how the state Department of Education could force schools to reopen. The public school system relies on local school boards, and reopening requires the OK of teachers' unions, who have largely been against returning to the classroom.

However, several leaders, including San Francisco Supervisor Hilary Ronen and Oakland Unified School Board president Jody London, are advocating that teachers are among the first to get vaccinated.

In his statement, Ting noted that school districts, along with private schools, in California and across the country have reopened safely. New York City schools opened again this week after shutting down for two weeks because of rising coronavirus caseloads.

In San Francisco, the school board voted to start reopening schools on Jan. 28, with only a small number of students returning. There are no specific dates set for all students to return. In Oakland, the superintendent submitted a plan to possibly reopen Jan. 25 with a small group of students, but a member of the teacher's union told KTVU that was highly unrealistic.

The bill, which will inevitably face an uphill battle because of teacher's unions, would go into effect March 1.

KTVU's Jesse Gary and Allie Rasmus contributed to this report. This story was reported from Oakland, Calif.