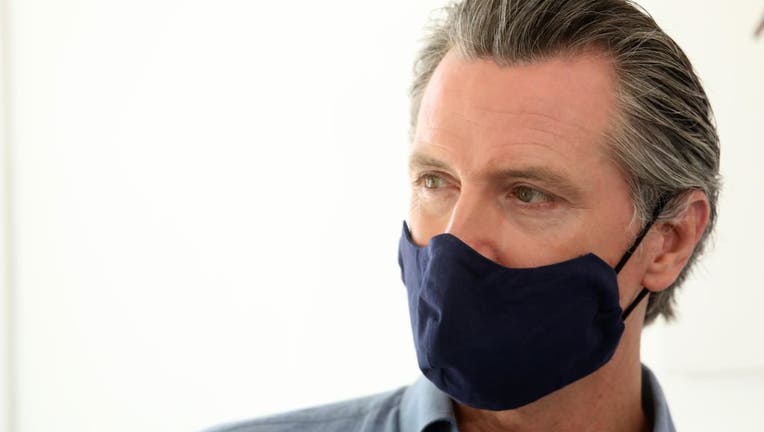 SACRAMENTO, Calif. - After spending most of 2020 telling small businesses to close and limit their customers, California Gov. Gavin Newsom on Tuesday proposed $4 billion worth of state spending he says will help them survive in 2021.

Newsom was the first U.S. governor to impose a statewide stay-at-home order because of the coronavirus pandemic in March, earning praise at the time for decisive action to contain the spread. But a recent surge of cases has caused those restrictions to linger into 2021, shuttering bars, restaurants, barber shops, gyms and movie theaters for months at a time while imposing strict limits on capacity inside retail stores during the year’s busiest shopping season.

Those restrictions have had an uneven impact on the world’s fifth largest economy. While people with higher incomes kept their jobs by working from home, people with lower incomes — including retail and restaurant workers — either lost their employment or were put on unpaid furlough as small business owners struggled to stay afloat during the pandemic.

Mounting frustration over Newsom’s orders — even as virus cases overwhelm hospitals — has fueled a recall effort. Newsom is set to release his new budget proposal on Friday. But Tuesday, he offered a preview by revealing more than $4 billion worth of state spending aimed at creating jobs and helping small businesses.

Close to half of that money — $1.5 billion — would help people purchase electric cars and create construction jobs by paying for the charging stations necessary for drivers to use them. The proposal is linked to Newsom’s plan to ban the sale of all new gas-powered cars in California by 2035.

Small businesses would get $575 million. The money would pay for grants of up to $25,000 each to small business owners. That money includes $25 million for small museums and art galleries that have been forced to close during the pandemic. Newsom and the state Legislature have already given $500 million to this program, so this new proposal — if approved — would make more than $1 billion available to small business owners.

Some businesses could also get a tax break if they hire more workers. Last year, Newsom signed a law that promised certain business owners a $1,000 credit on their state tax bill for the net increase of each new worker hired by Dec. 1. The governor’s office says more than 9,000 businesses have reserved $54 million of those credits so far. Newsom’s proposal would spend $100 million to extend that program.

The plan would waive $70.6 million in various fees imposed on businesses most impacted by the pandemic, including barbers, cosmetologists, manicurists, bars and restaurants. And with a record number of people leaving the state — including tech giants Oracle and Hewlett-Packard — Newsom said he would give businesses $430 million worth of tax credits to stay in California and hire people.

Other benefits include another $50 million for a program that offers up to $100,000 in loans to small businesses, $100 million to expand a sales tax exemption to reduce the cost of manufacturing equipment, and a proposal Newsom says would mitigate the effects of a cap on a federal income tax deduction.

"These budget proposals reflect our commitment to an equitable, broad-based recovery that ensures California remains the best place to start and grow a business," Newsom said in a news release.

Most of these proposals, if approved, would not take effect until July. But Newsom has asked state lawmakers to approve the $575 million for small business grants before then. Assembly Speaker Anthony Rendon and Senate President Pro Tempore Toni Atkins said they would work with Newsom "to take early action in providing meaningful additional relief."

Assemblyman Kevin Kiley, a Republican from Rocklin and one of Newsom’s chief critics in the Legislature, said Newsom’s proposal might modestly help some small businesses.

"What would help a lot more is if the governor stopped arbitrarily shutting them down and harassing them," he said. "Small businesses are not asking for the governor’s help. They are asking him to get out of their way."

John Kabateck, California state director of the National Federation of Independent Business, said Newsom’s proposals are "very helpful steps in the direction of Main Street recovery." But he criticized Newsom for investing the bulk of the $4 billion on infrastructure for electric cars, saying that money would be better spent by giving it to small businesses.

"We’ve got retailers, shoe store owners, restaurant owners, farmers and many more who are not sure they are going to be around for the next month or two and any spare dollars that our state has in the coffers ought to be invested there and not squandered on admirable but misdirected priorities," he said.

This story has been corrected to say John Kabateck is the state director of the National Federation of Independent Business, not the California Small Business Association.