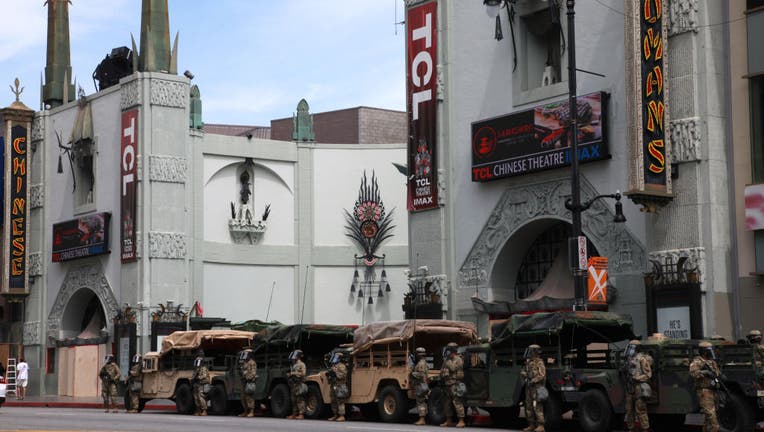 SACRAMENTO, Calif. - A California bill that would require state and local law enforcement agencies get authorization from their governing bodies, like a city council, before acquiring military equipment is now headed to the governor's desk.

Authored by Assemblyman David Chiu (D-San Francisco), the idea behind AB 481 is to curb the trend towards increasingly militarized local police departments.

"Our streets in California are not war zones, and our citizens are not enemy combatants," Chiu said in a statement. "Law enforcement are our community partners in public safety, and the weapons and equipment they use should reflect that reality. If we learned anything from last summer’s protests, it is that communities should have a say in how they are policed. This policy gives residents a voice."

Under AB 481, law enforcement agencies would need to receive approval from their governing bodies before acquiring military equipment or seeking funds for equipment purchases.

The bill requires law enforcement agencies to draft an annual Military Equipment Use Policy to describe each piece of military equipment desired and the authorized uses for each piece of equipment.

Police groups have resisted some of these requirements, saying that the military equipment often provides them better protection against bullets. Community members have argued that having armored tanks roll down their streets with no accountability triggers and terrorizes them, especially in Black and brown neighborhoods.

Gov. Gavin Newsom has until Oct. 10 to sign the bill.

Berkeley and Oakland already have their own rules on the books.

Berkeley passed its ordinance in May, and in June, the Oakland City Council unanimously approved an ordinance that calls for additional oversight of the police department’s use of "militarized" equipment such as armored vehicles, certain ammunition, projectile launchers and tear gas.

In February 2020, a KTVU investigation showed Oakland police deployed the city's armored Bearcat about seven times a month - or nearly twice a week - in predominantly East Oakland neighborhoods, and rarely in the affluent hills.

The new Oakland law, which went into effect in July, now requires police to submit policies, impact reports and annual reports about its use or purchase of such equipment to the Oakland Police Commission, a civilian group that oversees police department activities. The commission can then make recommendations to the city council about how the equipment should be used. 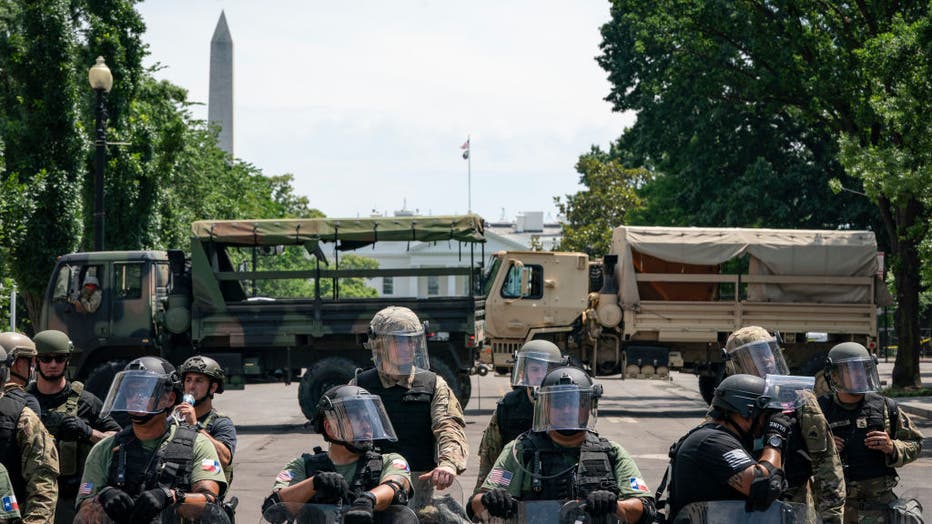 Protests in cities throughout the country continue in the wake of the death of George Floyd, a black man who died while in police custody in Minneapolis on May 25. (Photo by Drew Angerer/Getty Images)

Chiu said that more cities in California must follow suit.

In the wake of the murder of George Floyd last summer, peaceful demonstrators and journalists across the country and in California were met with increasingly militarized police forces, he said.

In Walnut Creek and Orange, police used military vehicles including Lenco Bearcats to disperse peaceful protestors. Sacramento police wore riot helmets and aimed assault rifles from armored vehicles at peaceful demonstrators to clear an assembled crowd. When and how the vehicles were deployed was left up to the individual officers at the scene with no consistent protocol, Chiu pointed out.

While more than 8,000 federal and state law enforcement agencies from all 50 states participate in this federal program, California’s police departments have procured the most military weaponry through the DOD, Chiu's office said, without local oversight or public dialogue.

The trend towards militarized police forces can create a propensity towards increased use of force, Chiu said.

A 2019 study of the 1033 Program found a positive correlation between increased police militarization and the number of times police kill suspects.