Defendants Jose Zendejas, 25, and Benito Madrigal, 19 – released on their own recognizance less than 24 hours after their arrest with the large stash of illicit drugs – were scheduled to appear for their arraignments at the Tulare County Courthouse in central California Thursday morning, but failed both men failed to show face.

The judge called for Zendejas and Madrigal – both from Washington state – who were not in court, and the warrant for their arrest continues.

The judge withdrew the prior $2 million bond and directed each be held without bond if they pop up. 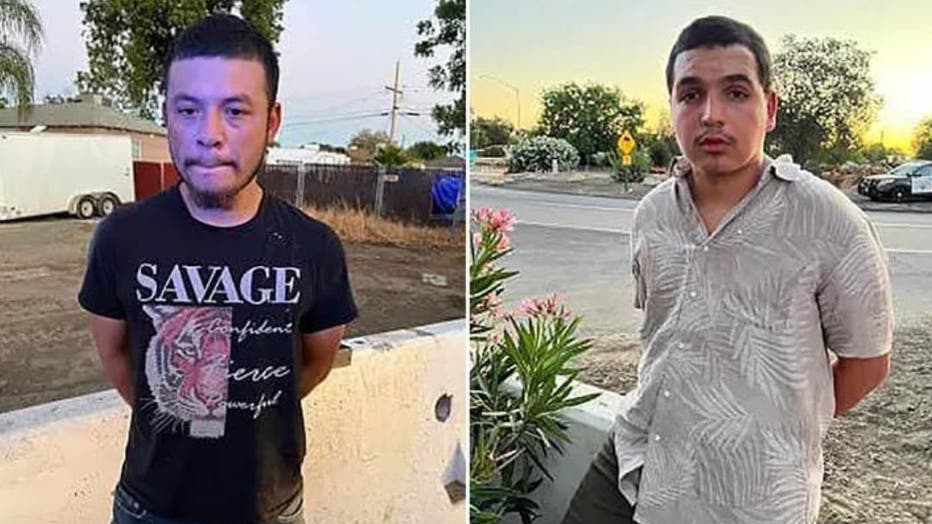 Before Thursday, Tulare County Sheriff Mike Boudreaux said he did not expect the defendants to show up. He placed blame on the state’s soft-on-crime attitude and so-called criminal justice reform for a policy that allowed the two alleged drug traffickers to go free with nothing but a promise to come to court.

"I didn't learn about the order until it was far too late," Boudreaux previously told Fox News. "I couldn't believe we had 150,00 fentanyl pills — one of the most dangerous epidemics facing our nation today, with people in custody that we may potentially be able to impact the future of this type of drug trafficking organization… and we let them go."

"Although there is a need for a pre-trial release program, to do it covertly in the middle of the night in a very nontransparent matter is extremely dangerous," Tulare County District Attorney Tim Ward told Fox News on Thursday outside the courthouse, referring to the court’s initial decision to release the defendants. "What we discovered here was that it was occurring based on a decision without any foundation of the facts of the case. And I think doing forward, I think everyone is realizing that’s a mistake and should not continue."

"The problem is once again the legislature and the state of California are trying to go down some social experiment born on the back of law-abiding citizens," Ward said. "I go out on a limb and say that had these defendants been subject to the million bail that was in place when they were arrested, and they made bail based on that amount, they would have some skin in the game, some financial obligation and motivation to return to court."

Two kilograms of cocaine were also found during the vehicle search.

The sheriff’s department estimated the street value at the seizure to be about $750,000.

Zendejas and Madrigal were initially arrested and booked into Tulare County Pretrial Facility. 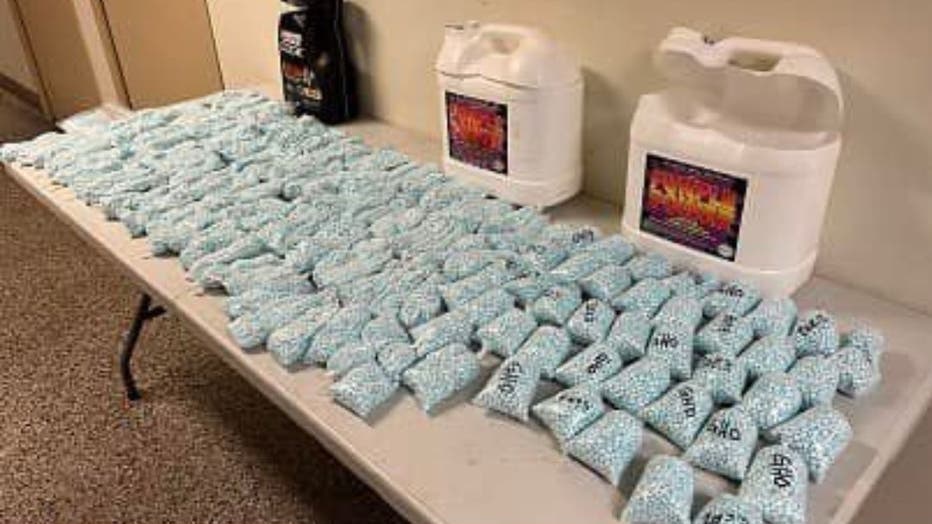 The total street value of the 150,000 pills was estimated to be $750,000, according to the sheriff’s office. (Tulare County Sheriff's Office)

Their bail was first set at $1 million based on the quantity of drugs seized, but the county probation department’s risk assessment submitted to the county superior court classified the men as "low risk," and they both were subsequently released on their own recognizance, Visalia Times Delta reported.

Their bail was first set at $1 million based on the quantity of drugs seized, but the county probation department’s risk assessment submitted to the county superior court classified the men as "low risk," and they both were subsequently released on their own recognizance, Visalia Times Delta reported.

Neither the district attorney nor the sheriff said they were consulted on the release.

During a hearing on the matter, Judge Nathan Leedy issued new arrest warrants for the men and set bail at $2.15 million ahead of their arraignment scheduled for Thursday. The defendants face 14 years in state prison if convicted on all counts against them.