LOS ANGELES - Security guards at the Edward R. Roybal Federal Building in downtown Los Angeles stopped a truck outside the building that was loaded with a cache of weapons.

Federal and local law enforcement authorities responded to the scene around 9:30 p.m. Wednesday to investigate.

A spokesperson with the Department of Homeland Security said in a statement to FOX 11 that the driver of the vehicle, identified as Erik Christopher Younggren, was attempting to enter the employee parking garage of the federal building when he was stopped.

Security guards noticed a firearm in the vehicle, they stopped him and searched the vehicle only to find a cache of weapons inside. Officials say he was wearing body armor and the vehicle contained multiple loaded firearms, knives and live ammunition.

According to an affidavit, Younggren was in possession of a 45 caliber semi-automatic firearm, a loaded 556 caliber rifle, and a 762 caliber rifle.

According to the criminal complaint, Younggren later told Federal Protective Services officials he went to the Roybal building because he needed protection, claiming he was a confidential informant assigned to a confidential federal task force.

He told the security guards "I need to get in I’m a witness."

According to an affidavit, Younggren was reluctant to identify the name and or members of the alleged task force. However, he told federal agents that his life was in danger and that was his reason for driving to the federal building. 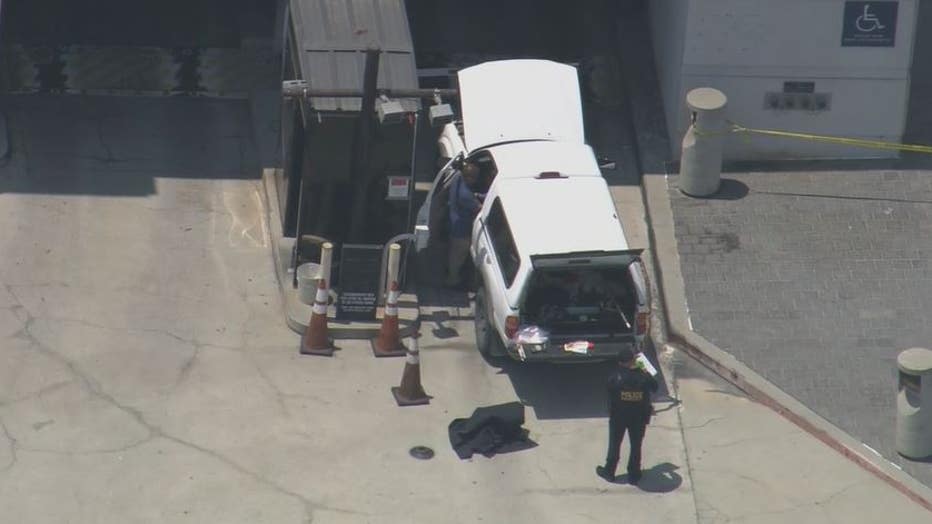 Soon after his arrest, federal authorities searched his home in Cherry Valley, Riverside. Some of Younggren’s neighbors are in shock.

"Yes we are surprised, we all assume we are law abiding citizens and we never had anything out of the ordinary like this," said one neighbor.

Another neighbor described Younggren as being peaceful.

The Department of Homeland Security credits its private contractors for stopping and arresting him.

He was charged Thursday with a misdemeanor weapons offense.

Younggren is expected to appear in federal court Friday on a single count of attempted possession of firearms and dangerous weapons in a federal facility.