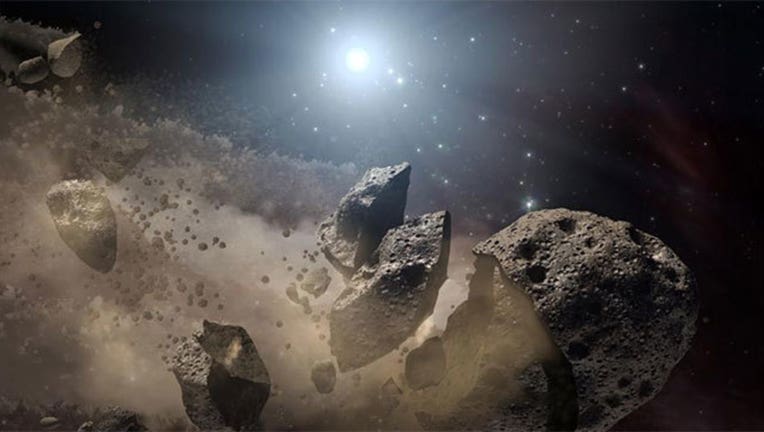 Here’s one extraterrestrial express bus you’ll be glad you missed.

An asteroid named 2019 AE3 will pass by Earth on the morning of Jan. 2. NASA says the space rock is between 32 and 71 feet long, or roughly the size of a city bus, and zooming through the cosmos at 18,400 miles per hour.

Fortunately, the Near Earth Object (NEO) won’t come too near to the Earth. The closest it is expected to get is four lunar distances -- about 1 million miles – at approximately 9 am EST. Tracking is available on The Sky Live, which calculates that 2019 AE3 will technically be visible from New York between around 1 a.m. and 10 am.

The event is set to occur just three days after five sizeable NEOs flew by the Earth on the same day. The largest was taller than the Statue of Liberty and came within 3.1 million miles of the planet, according to The Sun, while another similar in size to 2019 AE3 practically skimmed it just 415,000 miles away.