Police in Orange County are looking for the suspects who have been targeting older residents.

ANAHEIM, Calif. - Investigators in Orange County are looking for the suspects who have been targeting older residents.

Surveillance footage released by the Anaheim Police Department shows two vehicles they believe are connected to a string of distraction burglaries. The department said a silver or light blue BMW X3 was seen leaving one of the victim’s homes on Sept. 18. The second vehicle was described as a 2008-2014 gold or tan Dodge Caravan.

One resident has lived at her home for over 50 years and told FOX 11 that said she’s noticed burglaries have been on the rise in the area for the past 18 months or so. 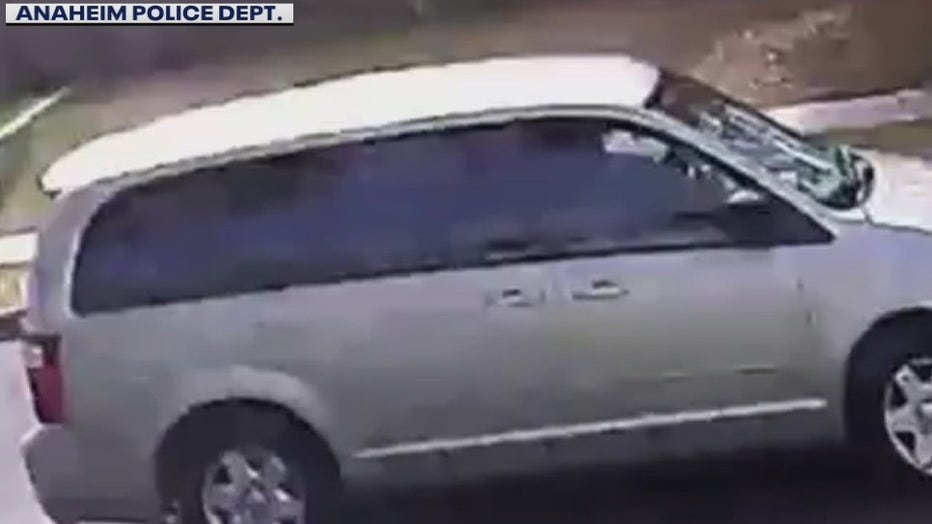 Investigators say part of the scheme involves two people and that one suspect poses as a new neighbor or a utility worker to lure the victim away from the home while the second suspect finds another entrance to ransack the home.

One of the victims explained to FOX 11 what happened to him:

"A woman came to the door [who was] very friendly. She said her grandparents brought the house behind me," Anaheim resident Brent Kahlen said. "She said she wanted to get access to my yard to clean up some trees or something and I said there was no border with the house behind me. I took her back there to show her…unbeknownst to me, there was somebody with her she was apparently speaking to them on the phone in Spanish. In fact, she asked me if I spoke Spanish and I said ‘no.’ So, she’s talking to him in Spanish…and finally she wasn’t making sense anymore so I said ‘I got to go,’ and all of sudden she gets on her phone and apparently the guy went running out."

He said his neighbor witnessed one of the suspects running out of his home and that he was unable to take a picture on his phone before the suspects fled the scene. Shortly after, Kahlen said he learned his bedroom had been ransacked.

Kahlen said he spoke to FOX 11 to get the word out and to prevent it from happening to others.

Anyone with information is asked to contact the Anaheim PD.