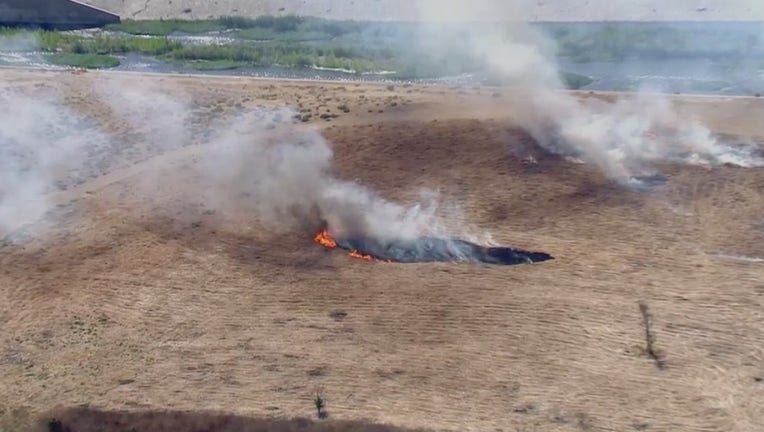 LOS ANGELES - A brush fire that broke out in the Sepulveda Basin in Van Nuys on Friday afternoon prompted lane closures in the area.

However, fire officials say no structures are threatened.

About 100 firefighters were sent to the 15700 block of West Burbank Boulevard after the fire was reported about 1:15 p.m., according to the Los Angeles Fire Department. Aircraft also were deployed. 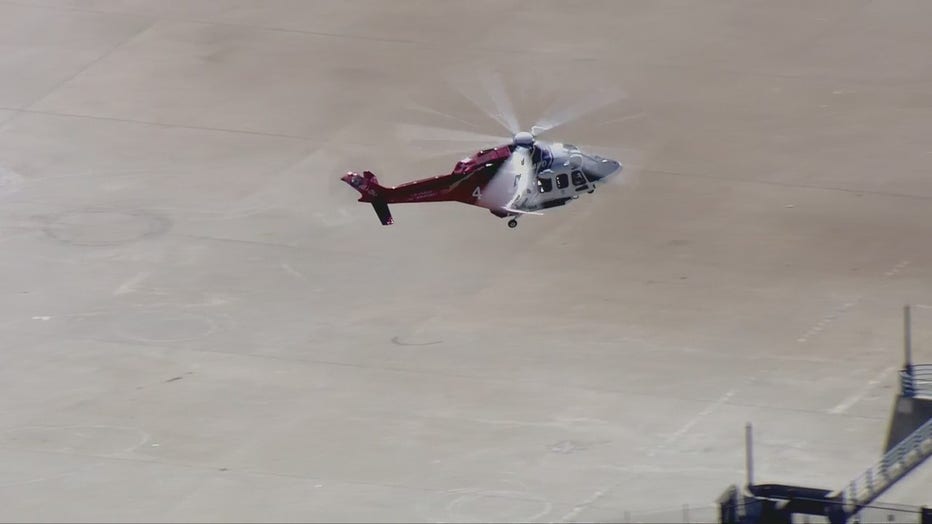 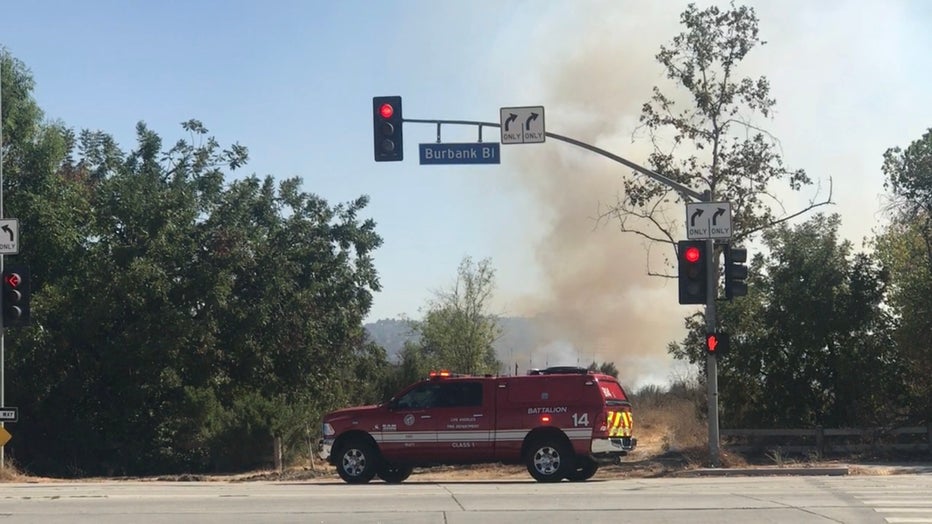 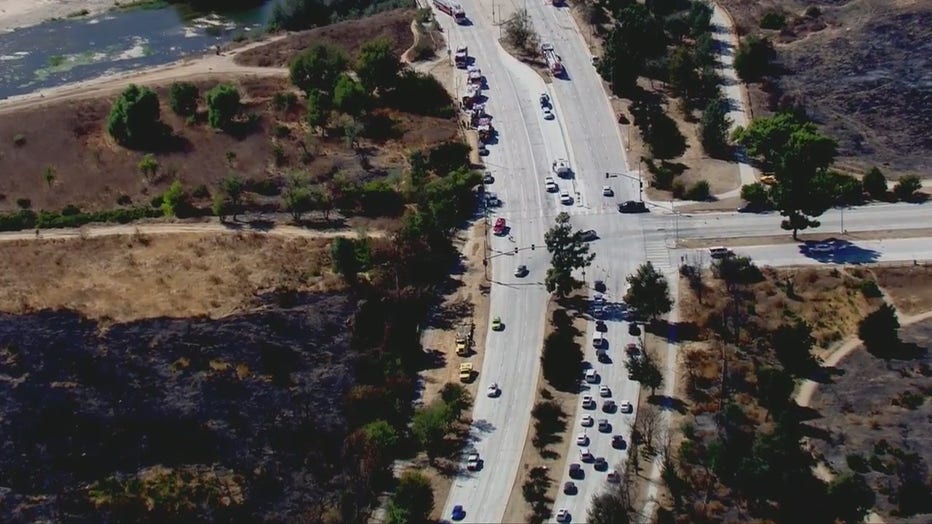