HUNTINGTON BEACH, Calif. - Two brothers, both students at Edison High School, were killed in a crash in Huntington Beach Monday morning after the vehicle they were in collided with a truck owned by the city.

Joshua Page, 18, of Westminster died Monday morning, according to the Orange County coroner's office. His brother Jeremy, 17, also of Westminster, was taken to the hospital in critical condition where he later passed away.

Joshua was a senior at Edison High School and his brother Jeremy was a sophomore, according to a GoFundMe created for the family of the two brothers. 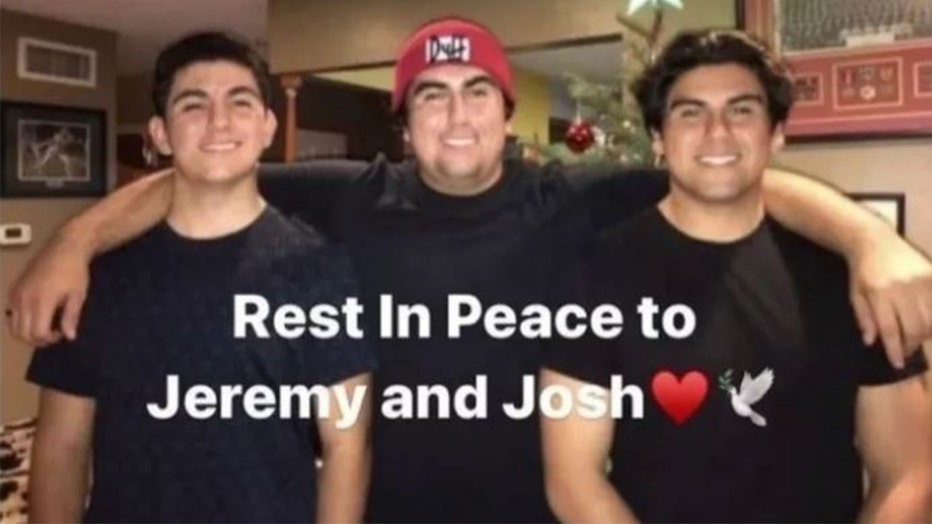 According to the Huntington Beach Police Department, the crash happened around 8:15 a.m. Monday. The two were riding near the intersection of Newland Street and Yorktown Avenue when their Ford F-250 collided with a Chevrolet Silverado belonging to the city of Huntington Beach.

The driver of the Silverado, identified as a 38-year-old man, was uninjured.

Edison Principal Jennifer Graves confirmed to FOX 11 that an Edison student died in the crash. While the school has not issued a statement, Graves told FOX 11 that their hearts go out to the family and to the students. Joshua is listed as a member of the Edison Chargers' varsity football roster.

A candlelight vigil was held for the brother's Monday night, students and friends, and community members mourned the loss.

A candlelight vigil was held Monday night for Joshua Page, who was killed in a crash on the way to school Monday morning.

"I am so sorry to hear about the tragic traffic collision that took place this morning," Huntington Beach Mayor Barbara Delgleize said in a statement. "On behalf of myself and the City Council, we wish to extend our sincerest condolences to the families impacted by this terrible accident."