SILVERADO CANYON, Calif. (CNS) - A brush fire that has blackened 7,375 acres and destroyed 31 buildings since being triggered by a Silverado Canyon house fire last week was 75% contained as dry, windy weather was forecast for Tuesday.

On Sunday, fire officials announced that Orange County residents who were ordered to evacuate can head home if they wish.

Displaced residents needing a place to stay were told to go to El Modena High School in Orange.

The wind-whipped blaze started just before 10:15 p.m. on Dec. 2 in the 29400 block of Silverado Canyon Drive. In addition to the 31 destroyed structures, 21 were damaged, officials said. 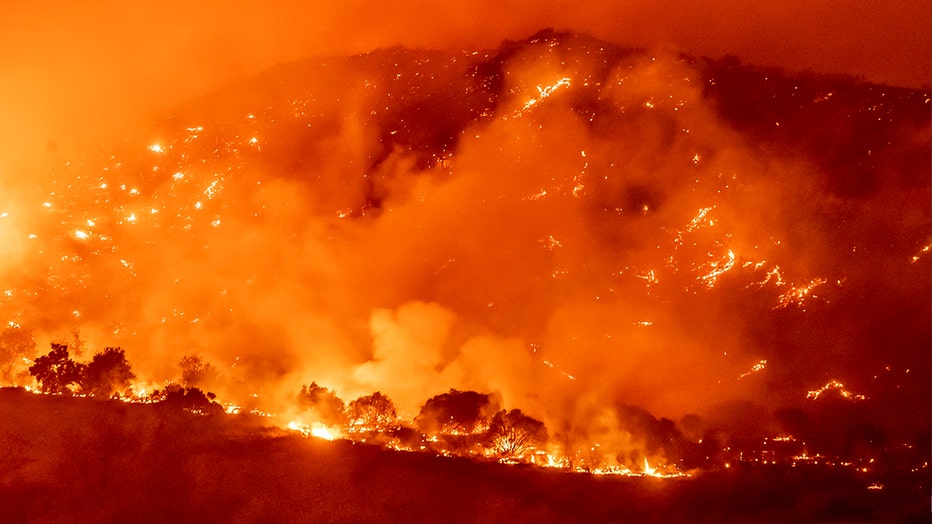 The 28 structures destroyed were not all homes, and another 19 structures were damaged, the Orange County Fire Authority reported.

An evacuation order for the Modjeska Canyon area was reduced to a warning Sunday, and evacuation warnings were lifted in Lake Forest and the Foothill Ranch area.

Firefighters continued to look for and mop up hot spots Saturday while clearing more vegetation around the fire and shoring up the containment lines, the Orange County Fire Authority said.

Evacuation orders were lifted for Foothill Ranch and Portola Hills west of El Toro and north of the 241 Toll Road.

All evacuation orders were lifted for Lake Forest but the city remained under an evacuation warning.

They were treated by firefighter paramedics and transported to a hospital for their injuries. One sustained a leg injury and the other suffered minor bruising. They were released from the hospital Thursday night and are on the road to recovery. 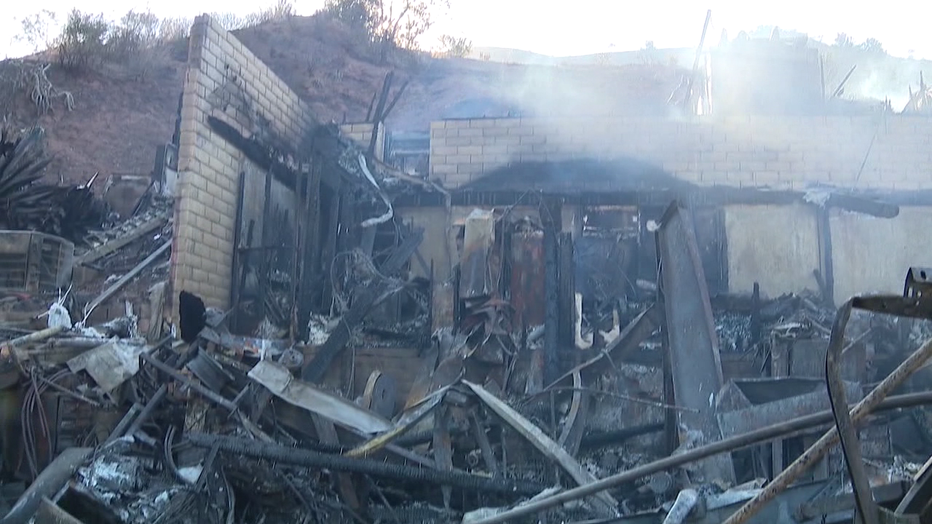 "The good news is we're starting to get a little bit of containment which is hopefully the beginning of a lot of good things. It's cooler [temperature] and it doesn't feel as dry, but the wind is also tapering off which we're cautiously optimistic about. It doesn't mean that we're leaving the fire line," said Orange County Fire Captain Thanh Nguyen on Thursday. "We've got plenty of firefighters and equipment to do work throughout the night when the opportunity presents." 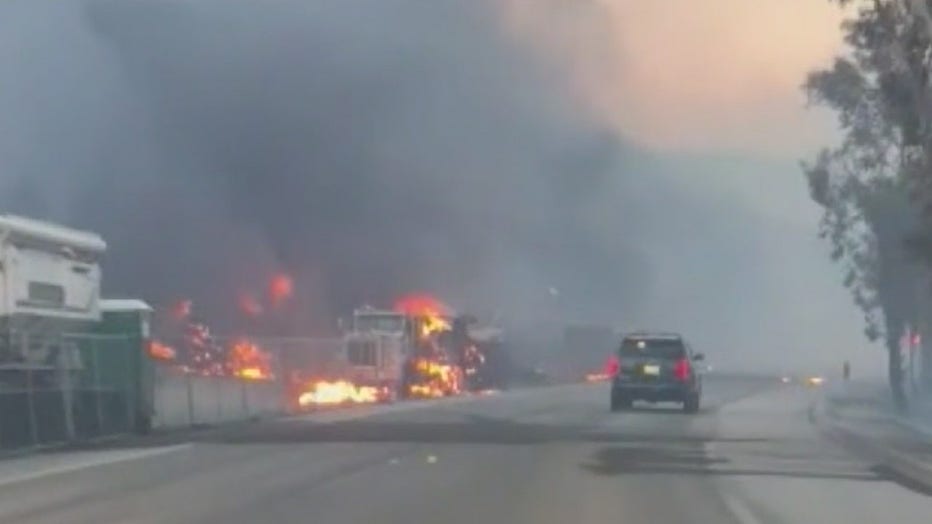 According to an incident update released Saturday night, more than 1,500 emergency personnel responded to the Bond Fire. The fire also prompted responses from more than 100 engines, 5 water tenders, 10 helicopters, 35 hand crews and 10 dozers, according to the incident update.

Bond Fire in Orange County chars more than 7,000 acres with no containment. Two firefighters were also injured battling the fire.

Evacuation orders were lifted for Lake Forest, north of Alton Parkway, east of the 241 Toll Road.

Evacuees were strongly encouraged to stay with family or friends or ina hotel, the OCFA said.

"Due to COVID-19, no congregate shelter is offered," the authority tweeted about 5:20 a.m.

The Red Cross reported Thursday evening that 170 residents were provided with nearby hotel rooms.

Orange County Fire Authority Chief Brian Fennessy urged residents to be prepared to move when necessary to clear the way for firefighters to battle the blaze.

"Even if you don't see smoke... If you have a concern the flames area little bit too close, that's enough to have your belongings prepared to evacuate," Fennessy said. "You don't have to wait for us to call."

Authorities are also concerned about a number of power poles and lines felled by the gusts in the area that could also delay residents from re-entering their homes.

More than 500 firefighters were battling the blaze, Nguyen said. A helitanker dropped about 90,000 gallons of water on the flames overnight, Fennessy said.

Orange County Sheriff Don Barnes said about 60 deputies have been deployed to assist with evacuations, traffic control and security in evacuated areas. All the department's deputies are on 12-hour shifts, he said.

"All days off are canceled to bring in all resources,'' Barnes said.   Firefighters were investigating reports of multiple structures damaged or destroyed in the blaze," Nguyen said.

"We know a number of houses were damaged, potentially destroyed," Fennessy said. "We just don't have the details."

Winds were blowing north to northeast 25 mph to 35 mph with gusts up to 65 mph and isolated gusts reaching up to 80 mph, according to the National Weather Service.

But the winds died down some by Thursday afternoon, OCFA Capt. PaulHoladay said.

"[Thursday] morning around 5:30 a.m. to 6 a.m., it was starting to move toward Lake Forest, which prompted the mandatory evacuations for Portola Hills and Foothill Ranch," Nguyen said.

The blaze is in the same area as the Silverado Fire in October, butthere's still plenty of brush to fuel the flames now, Nguyen said.

"This time, it started in Silverado Canyon on the east side ofSantiago Canyon Road and made its way to Santiago Canyon and jumped the road," Nguyen said. "The wind was pretty aggressive this morning when I was driving through."

Water-dropping helicopters had to be grounded at 3 a.m., Nguyen said.

Ground crews were being assisted in the fight against the Bond Fire byfire helicopters and a helitanker, the OCFA said. More than 240firefighters were on the scene, the OCFA said. The agency is in unified commandwith the U.S. Forest Service.

The Orange County Sheriff's Department announced that the county's Emergency Operations Center was activated to support the firefighting effort. A public information hotline number was activated -- 714-628-7085 -- for residents to call for information on resources available for them.

The following Toll Roads were closed Thursday night as a result of the Bond Fire (Due to the fluidity of the situation, closures are subject to change):

Inland Orange County is under a red-flag warning until 10 p.m. Saturday for extreme fire danger due to high winds and low relative humidity.