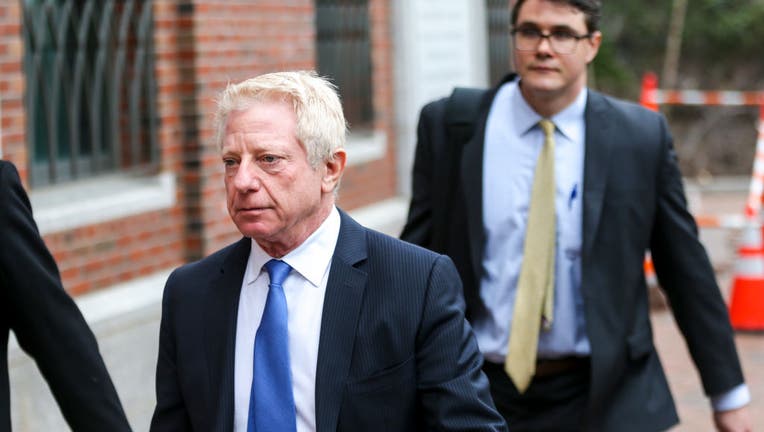 His death -- first reported Wednesday by the real-estate news website The Real Deal -- was ruled a suicide by the coroner's office, and the case was closed.

In October 2019, Flaxman was also sentenced by a federal judge in Boston to one month behind bars and a year of supervised release for his role in the admissions scandal. He was also ordered to complete 250 hours of community service and pay a fine of $50,000.

According to prosecutors, beginning in 2016, Flaxman conspired with Newport Beach businessman William "Rick" Singer and others to have his daughter's ACT exam corrected, thereby fraudulently inflating the score.

As part of the scheme masterminded by Singer, Flaxman took steps to secure extended time for his daughter to take the ACT and to take the exam at a test center in Houston, Texas, that Singer controlled through a corrupt test administrator, prosecutors said. On Oct. 22, 2016, Flaxman's daughter and the child of another client of Singer both took the ACT with the assistance of co- conspirator Mark Riddell.

Riddell, who admitted his role in the scheme, assisted in answering exam questions and instructed the students to answer different questions incorrectly so that the ACT would not suspect cheating. As a result of the cheating scheme, Flaxman's daughter received a score of 28 out of 36 on the exam, according to federal prosecutors.

Two days prior to the exam, Flaxman made a donation of $75,000 to Singer's sham charity, Key Worldwide Foundation, to pay for the fraud. Thereafter, Flaxman deducted the bribe payment from his income taxes, thereby defrauding the Internal Revenue Service, prosecutors said.

Dozens of parents and college athletic coaches were implicated in the nationwide bribery scandal, in which wealthy parents paid Singer thousands of dollars to have their children's entrance-exam scores doctored. In other cases, students were falsely admitted to elite universities as athletic recruits, even though they never had any experience in the sports for which they were being recruited.

Singer pleaded guilty in March 2019 to charges including racketeering conspiracy and obstruction of justice.