The crash was reported at 6:25 a.m. near the intersection of Central Avenue and the Imperial Highway.

According to the Los Angeles Police Department, the LASD deputy was traveling westbound on the Imperial Highway when the marked patrol cruiser collided with a female pedestrian. 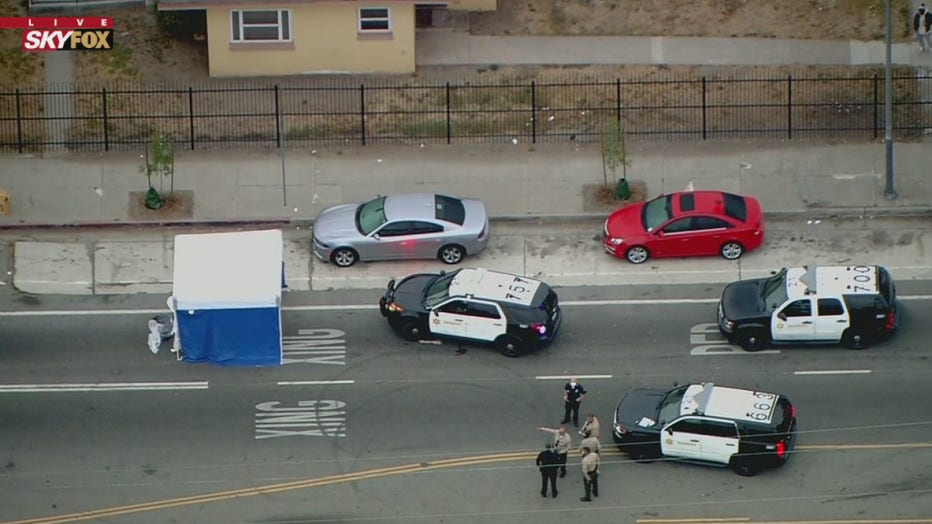 Moments after the deputy struck the pedestrian, a second vehicle hit the woman and fled the scene. The vehicle was described as a white truck.

Witnesses said the woman, described by police as a "Black female between 40-50 years old," was lying on the street prior to the crash.

LAPD later said that the woman may have already been deceased before the collision occurred. An autopsy will likely be performed to determine her cause of death.

Investigators are still working to identify the victim.

A portion of the Imperial Highway was shut down between Compton and Central Avenues while authorities conducted their investigation.

The circumstances of the death remain under investigation.