For the first time in its history, the 93rd Academy Awards is being held at Union Station, an area plagued by homelessness. But there are reports the city is forcing the homeless to move out of sight for the event.

LOS ANGELES - An awards season like no other will culminate Sunday night with an Oscars like no other, as the 93rd Academy Awards migrate from Hollywood to Los Angeles' Union Station, and a film fittingly titled "Nomadland" is the movie to beat in the best-picture race.

Even before the ceremony begins, the Oscars will be known as a ceremony of firsts -- not just due to its new location, but also thanks to its wide-ranging diversity of nominees, including an unprecedented two women in the best-director category.

RELATED: City of Los Angeles accused of moving the homeless in order to prepare for the Oscars

"Nomadland's"  Chloé Zhao is the first woman of color to ever be nominated for best director, and she's a clear favorite to win the Academy Award, having already swept most pre-Oscar honors.

Zhao also has a long-shot chance of tying Walt Disney's record of four Oscars in a single night, since she's also up for best picture, best-adapted screenplay and best editing for "Nomadland."

She's the first woman to ever be nominated four times in a single year. "Promising Young Woman" producer/director/writer Emerald Fennell has three nominations, joining Sofia Coppola and Fran Walsh as the only women to receive that many nods in a single year.

"Nomadland," a life-affirming drama about grief and healing as seen through the eyes of van-dwelling wanderers, has been dominant in the lead-up to the Oscars, collecting most of the major awards, including Golden Globe and Critics Choice honors and the perennially predictive Producers Guild award.

Zhao also won the Directors Guild of America prize for best director, which usually portends Oscar glory. For all of its pre-Oscar success, "Nomadland" is not the top nominee heading into Sunday night's festivities.

That honor belongs to "Mank" --the black-and-white portrait of screenwriter Herman Mankiewicz as he struggles to complete the script for the Hollywood classic "Citizen Kane." "Mank" enters the show with a leading 10 nominations, many of them in technical categories, although it joins "Nomadland" in the best picture race.   Also vying for the top prize are "The Father,"  "Judas and the BlackMessiah," "Minari," "Promising Young Woman," "Sound of Metal" and"The Trial of the Chicago 7."

"Judas and the Black Messiah" is the first-ever best-picture nominee with an all-Black producing team.

In the performance categories, Viola Davis is entering the ceremony as the most-nominated Black actress in Oscar history. Her best-actress nod for "Ma Rainey's Black Bottom" is her fourth career nomination, breaking her previous tie with Octavia Spencer. Both Davis and Spencer have won once.

Also nominated for best actress are Andra Day for "The United States vs. Billie Holiday," Vanessa Kirby for "Pieces of a Woman," Frances McDormand for "Nomadland" and Carey Mulligan for "Promising Young Woman."

FOX 11 sat down with Grae Drake to discuss Oscar nominees.

The late Chadwick Boseman is a strong front-runner to win the best-actor prize for his work opposite Davis in "Ma Rainey's Black Bottom." Also nominated are Riz Ahmed for "Sound of Metal," Anthony Hopkins for "The Father," Gary Oldman for "Mank" and Steven Yeun for "Minari."

Ahmed is the first Muslim actor to ever land in the best-actor category, while Yeun is the first Asian performer so honored. Hopkins, at age 83, is the oldest-ever best-actor nominee.   Competing for supporting-actor honors are Sacha Baron Cohen for "The Trial of the Chicago 7," Daniel Kaluuya and Lakeith Stanfield for "Judas and the Black Messiah," Leslie Odom Jr. for "One Night in Miami" and Paul Racifor "Sound of Metal."

Joining Zhao and Fennell in the best-director category are Thomas Vinterberg for the Danish film "Another Round," David Fincher for "Mank" and Lee Isaac Chung for "Minari." Fincher is the only repeat nominee in the category, having received previous career nods for "The Curious Case of Benjamin Button" and "The Social Network."

Fennell is also up for best original screenplay for "Promising Young Woman," competing with Will Berson, Shaka King, Kenny Lucas and Keith Lucas for "Judas and the Black Messiah"; Lee Isaac Chung for "Minari"; Darius Marder, Abraham Marder and Derek Cianfrance for "Sound of Metal"; and Aaron Sorkin for "The Trial of the Chicago 7."

Denmark's "Another Round," in addition to scoring a best-director nomination for Vinterberg, is also nominated for best international feature, along with Hong Kong's "Better Days," Romania's "Collective," Tunisia's "The Man Who Sold His Skin" and Bosnia and Herzegovina's "Quo Vadis, Aida?"

The nominations are the first for films from Romania and Tunisia.   Disney/Pixar's "Soul" leads the list of contenders for best-animated feature, a category that also includes Disney's "Onward," Apple's "Wolfwalkers" and Netflix's "Over the Moon" and "A Shaun the Sheep Movie: Farmageddon."

Since the Academy of Motion Picture Arts and Sciences decreed that the show would not be held in any way by Zoom, some international performers unable to travel will likely appear on the show from remote overseas locations.

There will be no host, with show producers saying they wanted the ceremony to be an homage to movies and movie-making. Instead of "presenters," the Academy announced what it called "an ensemble cast" who will star in the show. 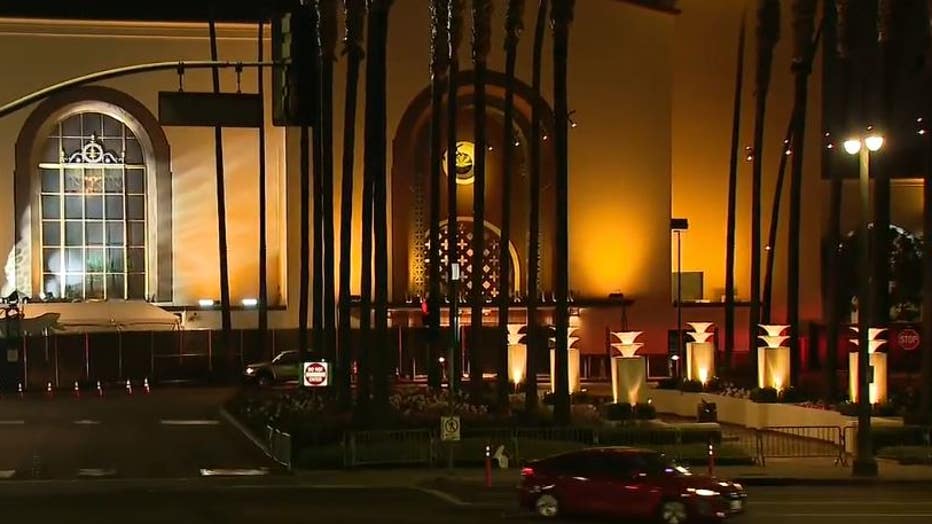 While the actual ceremony is set for 5 p.m., the festivities will begin at 3:30 p.m. with a 90-minute pre-ceremony telecast special titled "Oscars: Into the Spotlight." That show, hosted by actor Lil Rey Howery and actress Ariana DeBose, will feature the traditional performances of the five nominees for best original song.

One of the original song performances -- "Husavik" from "Eurovision Song Contest: The Story of Fire Saga," performed by Molly SandÃ©n -- will be recorded in Husavik, Iceland.

The other four will be recorded at the Dolby Family Terrace at the Academy Museum of Motion Pictures.

H.E.R. will perform her nominated song "Fight For You" from "Judas and the Black Messiah." Celeste and Daniel Pemberton will perform "Hear MyVoice" from "The Trial of the Chicago 7," while Leslie Odom Jr. will perform"Speak Now" from "One Night in Miami" and Diane Warren and Laura Pausini will perform"Io Si (Seen)" from "The Life Ahead (La Vita Davanti a Se)."

The ceremony will then be followed by another telecast titled "Oscars: After Dark" hosted by actors Colman Domingo and Andrew Rannells. That telecast will spotlight the evening's winners and highlights.