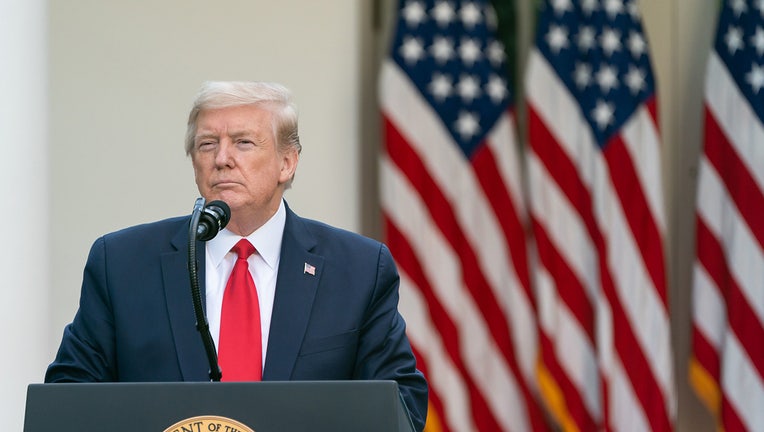 When terrorists struck the United States on Sept. 11, Nicholas Burns was the U.S. ambassador to NATO, and one memory still stands out: how swiftly America’s allies invoked Article Five of the organization’s charter, that an attack on one member was an attack on all.

It was a kinship among nations nurtured over decades and a muscular display of collective defense that has defined much of the post World War II era. It is also a worldview that Burns finds starkly at odds with President Donald Trump’s “America First” foreign policy as NATO’s members and other countries suffer from the deadly weight of the coronavirus pandemic.

America First has been a ready applause line for Trump, but now it is also a philosophy being put to a life-or-death test, with much of the world still looking to the U.S. for leadership and assistance.

Burns, a Harvard professor and a former top U.S. diplomat who served Republican and Democratic presidents, said it was “entirely reasonable and rational” to focus inward “in the first weeks of the crisis in March. The president’s job is to protect the people of the United States. ... Having said that, I think it is abundantly clear that we cannot succeed in fighting the pandemic and confront the global economic collapse if we are not cooperating globally.”

“The America First attitude is a very fixed set of beliefs about the world and our role in it,” said Burns, who is also an informal adviser to former Vice President Joe Biden, the presumptive Democratic presidential nominee. “He thinks that alliances and partnerships weaken us and slow us down. He’s not an isolationist. He’s a unilateralist. That has not worked well the last three years.”

Trump’s guiding foreign policy mixed with his “I alone can fix it” ethos has made him an unpredictable partner for America’s allies, who continue to struggle with how to manage the president and fortify strategic ties with the United States.

During the pandemic, Trump has been accused by allies like Germany and Canada of disrupting shipments of medical supplies, saying that the U.S. needed them first. But he has also offered to provide ventilators to other nations, both among allies and foes.

“President Trump has done a masterful job in the face of an unprecedented crises – safeguarding the health and well-being of the American people by ensuring our citizens have what they need first – then providing assistance to allies through an historic coordination of international efforts,” Hogan Gidley, the deputy White House press secretary, said in a statement.

For much of his presidency, though, Trump has been alliance averse. He has withdrawn from the Iran nuclear deal and Paris climate treaty while threatening to do the same for NATO. And he has rattled some of the United States’ longest allies with aggressive rhetoric on trade deals and military alliances alike.

He has favored authoritarian leaders like President Vladimir Putin of Russia, Xi Jinping of China and Kim Jong Un of North Korea over those like German Chancellor Angela Merkel and French President Emmanuel Macron.

Now China has also moved to fill a gap in humanitarian aid in the form of supplies. Trump has become more bellicose toward China, saying that the country withheld critical information about the coronavirus outbreak and would pay an unspecified later price for it.

“This pandemic crisis shows the inherent limits to the ‘America First’ foreign policy,” said Richard Haass, another top diplomat in both Bush administrations and president of the Council on Foreign Relations. “Sovereignty is not a guarantee of security. Borders aren’t impermeable; oceans aren’t moats. We were vulnerable to an infection that began in Wuhan, and it proves that globalization is a reality rather than a choice.”

Had Trump truly implemented America First, he said, the nation would have been better prepared. “A true American First national security policy would have had in place more testing, ventilators, PPE. It would have been more self-reliant. This moment shows that America First is more of a slogan than a reality.”

But Steve Bannon, a former senior adviser to Trump, said that America First does not mean America alone. “It means prioritizing national interest and that strong allies matters. You don’t turn your back on them. America doesn’t need to abandon a leadership position. It needs to be a global leader, the global leader. But you prioritize what you need.”

Bannon said the crisis also underscored the lack of U.S. capacity to manufacture medical equipment and pharmaceuticals, businesses that have located primarily in China and India because of lower production costs. “This pandemic underscores that public health is a national security issue,” he said, adding, “A new nationalism is going to be coming out of this: a stronger America, a more focused America.”

The notion of America First flourished during World War I and was promoted by Republicans and Democrats alike until World War II. After World War II, when the U.S. emerged as a superpower, the country took on an expansionist view of how spreading American ideals and building alliances could ensure peace and the U.S. standing in the world.

The grandest show of influence was the Marshall Plan, when the U.S. spent about $800 billion in today’s dollars to rebuild Western Europe after World War II, an investment that built alliances that endure today, even though some of them have grown fragile in the Trump era.

“Broadly, the president has failed his Harry Truman moment,” said Benn Steil, the author of the award-winning book “The Marshall Plan: Dawn of the Cold War.” “He had the best opportunity he would ever have to show the world he could rally his nation and its allies around a pandemic response that would highlight the best features of democracy and capitalism – as the Marshall Plan did.”

Instead, Steil said, he is “hearing shock and disappointment” from colleagues abroad. “They have never seen a United States so dysfunctional that it cannot even protect its own citizens, let alone mitigate suffering abroad and rally cooperation among allies.”