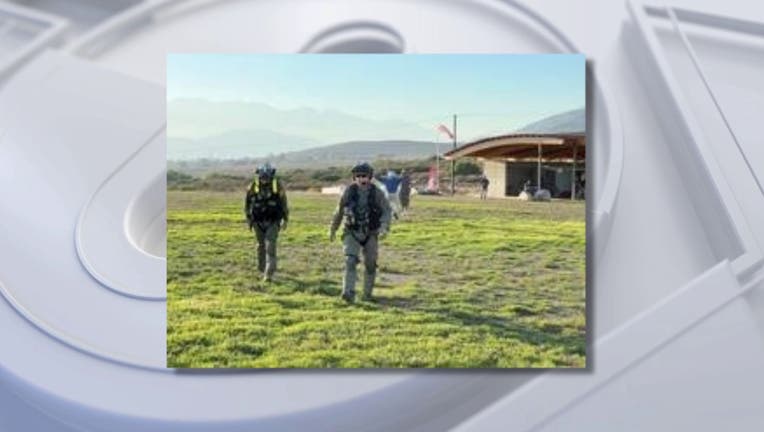 SAN BERNARDINO, Calif. - An 89-year-old man was rescued from the side of the San Bernardino Mountains after his hang glider crashed, according to police.

Susumu Sagara of Glendale arrived at Marshall Peak in the San Bernardino Mountains Saturday to launch a hang glaider. Shortly after he took off, he crashed his hang glider into the side of the mountain, according to the San Bernardino County Sheriff's Department. Witnessess called the crash in to authorities.

The Sheriff's Aviation team was launched. They found Sagara on the west side of the mountain shortly after 4:30 p.m. After dropping a medic down to him, rescuers determined that Sagara hadn't suffered any injuries. The crew then hoised Sagara up and dropped him off at the hang glider waiting area where the rest of his team was waiting.

SUGGESTED: VIDEO: Family rescued from flood waters on side of San Bernardino road

Deputies said that after medics left Sagara, he raised his arms and began celebrating.