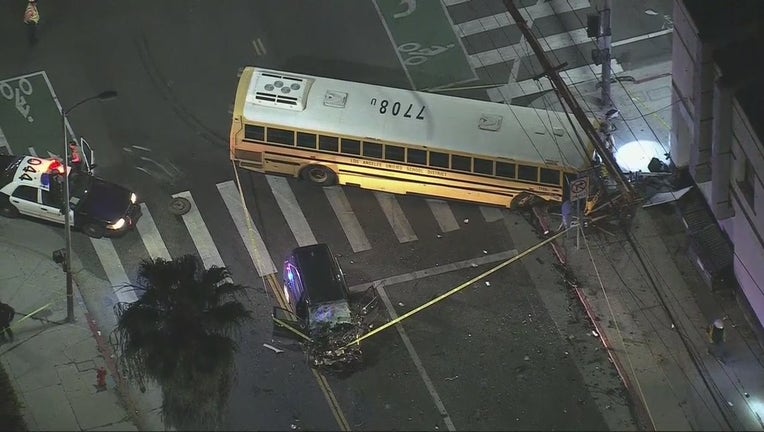 According to Los Angeles County Sheriff’s Department, deputies were attempting to stop a suspect who was driving a stolen vehicle. The suspect did not stop, which led to a short pursuit. Shortly after, the stolen vehicle collided with the bus.

According to LAFD, one person was taken to the hospital after the crash. The extent of their injuries is unknown.

The collision knocked down high-voltage wires. 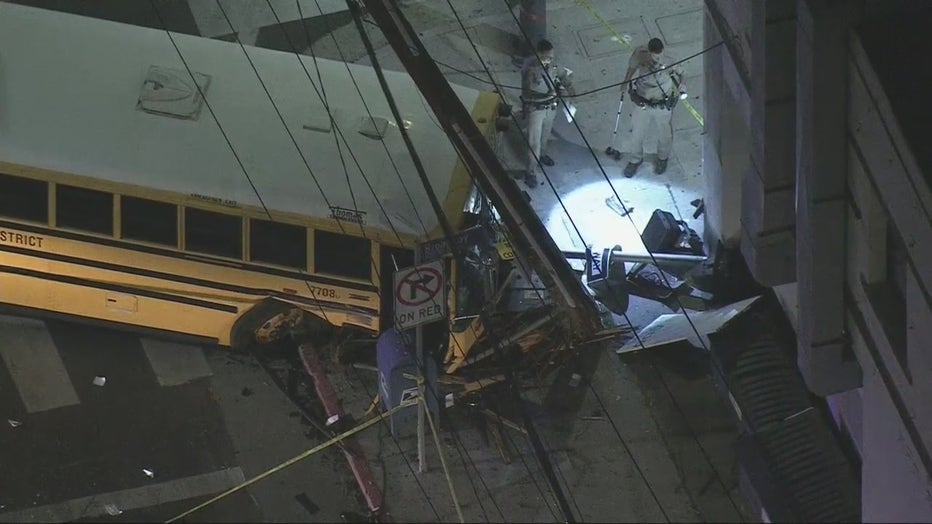